Its contract with Clearview AI started in October, but the force was still denying using the controversial technology three months later.

The RCMP denied using facial recognition software on Canadians three months after it had entered into a contract with controversial U.S. company Clearview AI, The Tyee has learned.

Documents obtained under a Freedom of Information request show an RCMP employee signed a “Requisition for goods, services and construction” form to fund a one-year contract with Clearview AI that began Oct. 29.

The RCMP refused to say whether it used Clearview AI when asked by The Tyee in January 2020.

“The RCMP does not currently use facial recognition software,” it said on Jan. 17. “However, we are aware that some municipal police services in Canada are using it.”The Tyee is supported by readers like you Join us and grow independent media in Canada

In fact, the RCMP’s $5,000 contract with Clearview had begun almost three months earlier.

The FOI documents show the RCMP justified the request based on the software’s successful use by U.S. police agencies.

“Clearview is a facial recognition tool that is currently being used by the child exploitation units at the FBI and Department of Homeland Security because of it’s [sic] advanced abilities,” the employee wrote.

If the request was not approved, the form stated, “Children will continue to be abused and exploited online.” 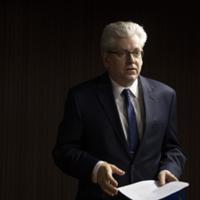 “There will be no one to rescue them because the tool that could have been deployed to save them was not deemed important enough.”

As China spreads its economic footprints across multiple continents with The Belt and Road Initiative, and exercises more and more control over the lives of its subjects via a combination its Social Credit Score system and vast surveillance state, it appears Beijing’s Big Brother has run into an issue that needs to be addressed to achieve world domination… inaccuracy!

Facial recognition systems are becoming more and more mainstream and accepted by an increasing number of ‘average joes’ around the world as the cost of security (or just ease of life). The problem is, as we detailed previously, for some segments of society, it is wildly inaccurate.

Specifically, after Oakland and San Francisco voted against the use of facial recognition, Rep. Tashida Tlaib claimed that “the error rate among African-Americans, especially women,” was 60 percent.

During a test run by the ACLU of Northern California, facial recognition misidentified 26 members of the California legislature as people in a database of arrest photos.

Some tech firms have tried to ‘fix’ this extremely high-level of inaccuracy for certain cohorts by tricking black people into being scanned.

But China’s tech behemoths have taken the process of training their algos on non-white faces to a whole new level.

As The FT reports, a deal between Chinese facial recognition company CloudWalk and the government of Zimbabwe means the latter will send data on millions of African faces to the Chinese company to help train the technology.

“African states tend to go along with what is being put forward by China and the ITU as they don’t have the resources to develop standards themselves,” said Richard Wingfield, head of legal at Global Partners Digital, a company working on human rights on the internet.

It has been six months, since I informed the public about the dangers of police Knightscope robots that look an awful lot like Doctor Who’s infamous Dalek’s.

In my article I warned people that police would use Knightscope’s thermal imaging cameras to identify what is under everyone’s clothes. (To learn more about public imaging scanners click here.)

A recent article in One Zero revealed that Knightscope has turned their Robocop’s into mobile facial recognition devices that can also blacklist people.

“One presentation slide features the company’s facial recognition capabilities, indicating that the company can surface a known person’s name, the similarity of the person’s face compared to a known image, and a log of other identities that the robot has seen.”

It is bad enough that the Feds and police use secret blacklists but it is an entirely different story when private companies like Knightscope use facial recognition to do the same thing.

What we are seeing is a total transformation of our legal system run by corporate interests.

One Zero revealed that Knightscope can label someone a person of interest with terms like, “causes trouble or sketchy dude.“

Thesaurus.com describes ’causes trouble’ as, “challenging the status quo, to disagree or to protest.”

If law enforcement is using Robocops to blacklist people for challenging the status quo or disagreeing with our government then we all need to sit up and take notice.

Giving corporations access to court records and license plate information at the touch of a button is like opening all the flood gates of the Panama Canal at once and hoping nothing catastrophic happens.

“This Is A Major Risk”: France Rolls Out New Facial Recognition Technology

“This Is A Major Risk”: France Rolls Out New Facial Recognition Technology

Is this how French President Emmanuel Macron is choosing to celebrate 70 years of Communist rule?

In a plan that sounds eerily similar to China’s ‘social credit score’ system, Macron and the French Interior Ministry are pushing ahead plans to launch a national facial-recognition program, arguing that it “will make the state more efficient.”

According to Bloomberg, the ID program, known as “Alicem”, is set to be rolled out in November, after the launch was moved forward from an end-of-year timeline.

Despite objections from the rest of the European community, Macron appears dead-set on adopting the new system, ensuring that all French citizens will be incorporated into the project, whether they support it or not.

Even within the French government, there’s opposition to the new plan. France’s data regulator argued that the program breaches the European rule of consent, and a French privacy group is challenging the plan in France’s highest administrative court.

There’s also the question of security: It took a hacker just over an hour to break into a “secure” government messaging app earlier this year. Should a hacker break into this database, the repercussions would be much more serious.

But the government simply won’t be swayed…which isn’t all that surprising. Macron has shown strong Statist tendencies since shortly after he was sworn in.

“The government wants to funnel people to use Alicem and facial recognition,” said Martin Drago, a lawyer member of the privacy group La Quadrature du Net that filed the lawsuit against the state. “We’re heading into mass usage of facial recognition. (There’s) little interest in the importance of consent and choice.” The case, filed in July, won’t suspend Alicem.

License plate recognition could be the new big thing at American drive-thrus, according to FT. Chains are now looking to deploy cameras that recognize license plates and help identify customers, personalizing digital menus and speeding up sales.

Starbucks began a pilot program in Korea last year with customers who voluntarily pre-registered their cars and now restaurants in the United States are looking to also give it a try. License plate recognition has existed since the 1970s but has mostly been associated with law-enforcement. Cameras attached to police cars or street fixtures read the license plates of passing vehicles and compare results to databases.

But as the cost of the software comes down, uses for LPR have grown. For retailers, LPR can help identify repeat customers, allowing businesses to link a customer’s credit card and order history up to a vehicle.

Customers who are signed up to loyalty programs or apps can load their information in voluntarily and cameras in the drive-thru lanes can also take photos of car plates. Software will then determine whether or not it belongs to a recurring customer that the restaurant has information for.

LPR start up 5Thru said that several chains in the U.S. and Canada were trying out its technology. It is expected to sign its first major contract by the end of the year.

“5Thru’s technology helped restaurants process around an extra 30 cars a day, by reducing order time. The artificial intelligence-driven system also improves upselling by recommending items based on a customer’s past orders, the weather and how busy a store’s kitchen is.”

Tracking customers using cameras is just another way stores are seeking to become more efficient in the age of online shopping. Recall, we posted a couple months ago a story about how are malls were tracking people’s locations using their smartphones in order to help bolster business.

The Federal Bureau of Investigation (FBI) along with Immigration and Customs Enforcement (ICE) has been using state driver’s license databases to run photos of millions of Americans through facial-recognition systems without their knowledge or consent, according to the Washington Post.

Thousands of facial-recognition requests, internal documents and emails over the past five years, obtained through public-records requests by Georgetown Law researchers and provided to The Washington Post, reveal that federal investigators have turned state departments of motor vehicles databases into the bedrock of an unprecedented surveillance infrastructure.

Police have long had access to fingerprints, DNA and other “biometric data” taken from criminal suspects. But the DMV records contain the photos of a vast majority of a state’s residents, most of whom have never been charged with a crime. –Washington Post

Disturbingly, neither Congress nor state legislatures have authorized this type of system, and none of us agreed to it when we obtained licenses.

China No Match for Japan in Southeast Asia Infrastructure Race

“They’ve just given access to that to the FBI,” said Rep. Jim Jordan, ranking GOP member of the House Oversight Committee. “No individual signed off on that when they renewed their driver’s license, got their driver’s licenses. They didn’t sign any waiver saying, ‘Oh, it’s okay to turn my information, my photo, over to the FBI.’ No elected officials voted for that to happen.”

“Law enforcement’s access of state databases,” and in particular those of the DMV, is “often done in the shadows with no consent,” added House Oversight Committee Chairman Elijah E. Cummings (D-MD).

And as has been reported for some time, law enforcement has been relying on facial recognition technology as a routine investigative tool for years – and it’s going to get worse. REPS. KEITH ELLISON, D-Minn., and Emanuel Cleaver, D-Mo., sent a letter to Amazon CEO Jeff Bezos on Friday morning, demanding answers about how the tech giant’s facial recognition technology is being used by law enforcement agencies around the country.

The letter, provided to The Intercept ahead of its public release, lists a total of 12 requests for information regarding Amazon’s facial recognition service, branded as “Rekognition,” including the names of any law enforcement or government agencies that use the system and data on how the service could enable, or itself engage in, discrimination, including racial and gender bias.

“The disproportionally high arrest rates for members of the black community make the use of facial recognition technology by law enforcement problematic,” the letter reads, “because it could serve to reinforce this trend.”

According to an Ellison aide, the letter is an attempt to enact at least a baseline level of congressional oversight for the tech giant — an attempt that comes less than two months after congressional hearings that tried to do the same for Facebook.

Amazon came under fire earlier this week after the American Civil Liberties Union and its affiliates, as well as 35 other civil liberties organizations, released a public letter expressing concerns about how Amazon markets its technology to law enforcement agencies. The ACLU letter coincided with the release of a trove of documents, which the organization obtained through public records requests and after a six-month investigation, that shed light on the company’s relationship and correspondence with law enforcement agencies in Oregon and Florida.