Home » Economics » Destroying America: It Is Being Projected That The U.S. National Debt Will Hit 99 Trillion Dollars By 2048

Destroying America: It Is Being Projected That The U.S. National Debt Will Hit 99 Trillion Dollars By 2048 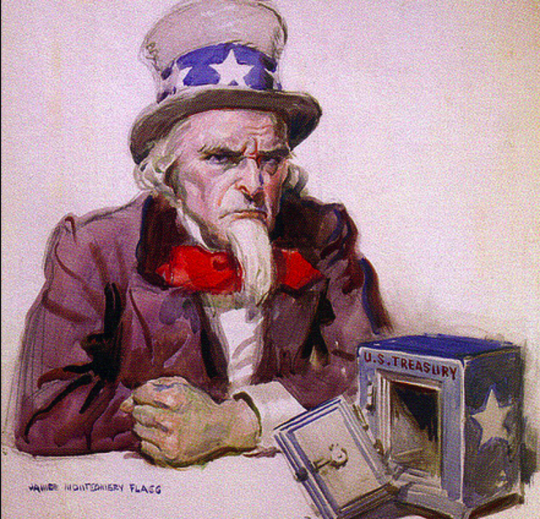 Temporary prosperity that is created by exploding levels of debt is not actually prosperity at all.  At this moment, the U.S. government is 21.4 trillion dollars in debt, and we have been adding an average of more than a trillion dollars a year to that debt since 2009.  And if we stay on the path that we are currently on, the trajectory of our debt will soon accelerate dramatically.  In fact, as you will see below, the Congressional Budget Office is now projecting that the U.S. national debt will reach 99 trillion dollars by 2048 if nothing changes.  Congressional Budget Office projections always tend to be overly optimistic, and so the reality will probably be much worse than that.  Of course we will never actually see the day when our national debt reaches 99 trillion dollars.  Our government (and our entire society along with it) will collapse long before we ever get to that point.  In our endless greed, we are literally destroying America, and emergency action must be taken immediately if we are to survive.

Debt always makes things seem better in the short-term, and it is always destructive in the long-term.

When we go into debt as a nation, we are literally stealing from the bright future that our children and our grandchildren were supposed to have.  Through the first 11 months of this fiscal year, the official U.S. budget deficit was $895,000,000,000, which means that we continue to steal more than 100 million dollars from future generations of Americans every single hour of every single day.

And it is important to remember that not all additions to the national debt are included in the official budget deficit.  One year ago, our national debt was sitting at 20.1 trillion dollars, and that means that we have added an astounding 1.3 trillion dollars to the debt over the past 12 months.

← Which Precious Metals Are Likely To Be Better Investments During The Next Market Crash? What happened to crude oil production after the first peak in 2005? →