Home » Environment » Stunning News from the Memesphere: Forest Fires had no Effect on the Public’s Interest in Climate Change

Stunning News from the Memesphere: Forest Fires had no Effect on the Public’s Interest in Climate Change

By olduvai in Environment on September 9, 2018.

Stunning News from the Memesphere: Forest Fires had no Effect on the Public’s Interest in Climate Change 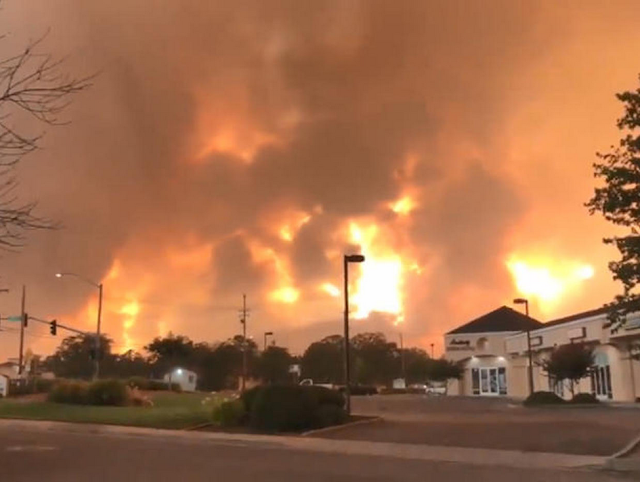 In 2018, the fires in California and in other parts of the world have been especially devastating. But they had little or no effect on people’s perception of global warming and climate change. It seems that we are operating on the basis of a wrong model of governance: the bottom-up mechanism is simply not working.

This year, we had the largest forest fires ever seen in history in California. And we had terrible forest fires in Greece, Portugal, and Scandinavia. Climate scientists were quick in stating that these fires were made more likely and more severe by global warming, but you don’t need to be a climate scientist to understand that higher temperatures mean drier conditions and that favors fires.

Then, if you live, as I do, in a bubble in the memesphere where climate change is regarded as a serious and imminent problem, you surely had the impression that the tsunami of fires of this summer was an important factor in affecting the perception of the general public. All that sound and fury couldn’t signify nothing, right? I saw several self-congratulatory messages in the meme bubble stating something like, “now they will start understanding the problem of climate change!”

Alas, that’s not true. The results are stark clear: there is NO evidence of an increased public interest in global warming as a result of the fires. Here are the results of a search on Google Trends for the United States, these data record the number of times that a certain term was searched on the Google Search Engine.

← Towers to Heaven: The Alchemy of Prophecy, Terror, and Unity Clarity on the Road to Civil War →