Home » Geopolitics » Towers to Heaven: The Alchemy of Prophecy, Terror, and Unity

Towers to Heaven: The Alchemy of Prophecy, Terror, and Unity

By olduvai in Geopolitics, Liberty on September 9, 2018. 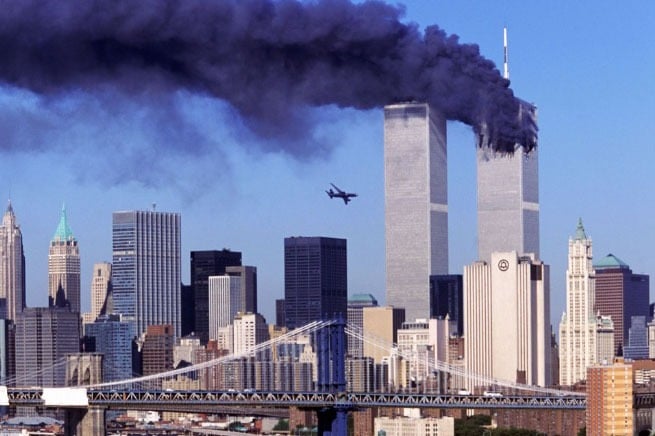 They had as king over them the angel of the Abyss, whose name in Hebrew is Abaddon and in Greek is Apollyon (that is, Destroyer).

At the end of last month, I read an article that claimed Special Counsel Robert Mueller’s investigation was foretold by a “20 Year Old Movie”. The film was a 1998 thriller entitled “Enemy of the State” starring Will Smith and Gene Hackman.

My curiosity aroused, I selected the show from my electronic catalog and watched it unwind; similar to the way I once queued up songs on jukeboxes in the halcyon days preceding the matrix.

In the film, Gene Hackman played an Edward Snowden-type National Security Agency (NSA) contractor gone rogue who revealed to the viewers the U.S. government’s high-tech surveillance capabilities. Two decades ago when the film was released, the surveillance grid disclosed therein would have seemed far-fetched. But not today. Now, in the aftermath of 911, the Patriot Act, and the Snowden revelations, those capabilities are not only common knowledge, but are the subjects of ongoing daily headlines.

The antagonist in the film was played by Jon Voight, a power-hungry NSA bureaucrat who assembled a team of technology experts and security agents that blackmailed Congress and even murdered a senator.  The politician was killed to aid the passing of a Patriot Act-style bill that would have, in effect, drilled the final screw into the coffin of the Fourth Amendment.