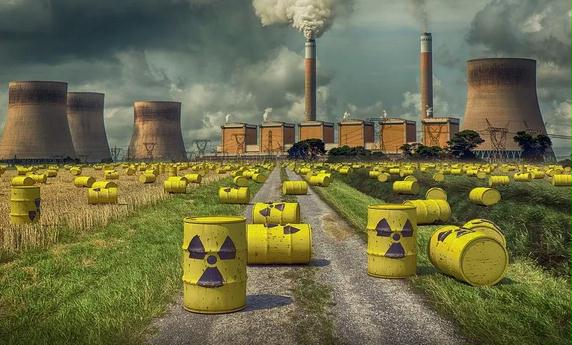 Preface. One the greatest tragedies of energy decline will be the nuclear waste left to harm thousands of future generation for hundreds of thousands of years. We owe it to them to clean up our mess while we still have the fossil fuels to do it.  If we do nothing, 263,000 tons of nuclear waste will poison the world. Both of my books explain why transportation and manufacturing can’t run on electricity, so let’s hope new nuclear plants are not built to cope with the energy crisis. The waste from existing plants is bad enough.

Though there probably isn’t time to build more of them if world peak oil production was in 2018. Though there is a tremendous push to build them (just listen to podcast Power Hungry for example).

Below are several articles about disposal of nuclear waste. Also see these related posts on nuclear waste. Especially “A Nuclear spent fuel fire at Peach Bottom in Pennsylvania could force 18 million people to evacuate” and Nuclear waste will harm future generations for hundreds of thousands of years, a book review of “Too Hot to Touch: The Problem of High-Level Nuclear Waste”.

Finland will be the first nation in the world to store nuclear waste if all goes well starting in 2024 at 430 meters (1410 feet) deep. There are 2300 tons of waste to be stored.  Other countries will have a hard time copying Finland, since their success was due to their high trust in institutions, community engagement, a lack of state-level power centers blocking the waste site from their area, and a balance of power between industry and stakeholders (El-Showk 2022).