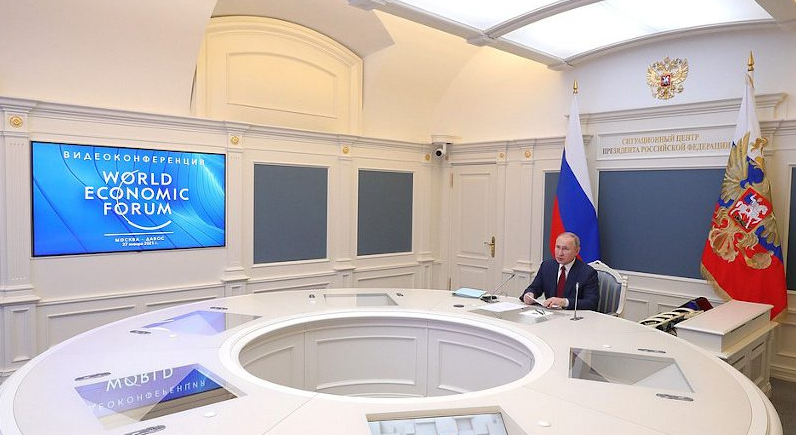 Putin’s speech at the World Economic Forum was quite insightful. He said that we “are seeing a crisis of the previous models and instruments of economic development. Social stratification is growing stronger both globally and in individual countries. We have spoken about this before as well. But this, in turn, is causing today a sharp polarisation of public views, provoking the growth of populism, right- and left-wing radicalism and other extremes, and the exacerbation of domestic political processes including in the leading countries.”

While referred to the crisis as being similar economically to the Great Depression, he pointed out that it is “inevitably affecting the nature of international relations and is not making them more stable or predictable. International institutions are becoming weaker, regional conflicts are emerging one after another, and the system of global security is deteriorating.” Indeed, the Hillary allegations that turned the 2016 election into a joke where she manufactured evidence to claim she lost because of Putin, has done far more damage as resurrected the cold war. Putin warned that “the situation could take an unexpected and uncontrollable turn – unless we do something to prevent this.” Biden has immediate sent troops to Syria and ordered the building of a new base there.

Putin elaborated: “There is a chance that we will face a formidable break-down in global development, which will be fraught with a war of all against all and attempts to deal with contradictions through the appointment of internal and external enemies and the destruction of not only traditional values such as the family, which we hold dear in Russia, but fundamental freedoms such as the right of choice and privacy.”