Now, I am not saying that the metals prices cannot fall any lower, but a lot of the leverage in the gold and silver market has already been removed and is now at a near all-time low.  So, even though we could see weaker precious metals prices, the overwhelming leverage and bubble asset prices are in the stock and real estate markets.

Furthermore, one of the reasons precious metals investors still fear that a major selloff is imminent is that they are using the 2007-2008 economic market meltdown as a guideline.  However, when gold and silver prices were plummeting from their highs in 2008, along with the rest of the market, speculators held huge long positions while the commercials controlled an enormous number of short contracts.

If we look at the following Gold Hedgers Chart, we can clearly see that the market setup today is the exact opposite of what it was in 2008: 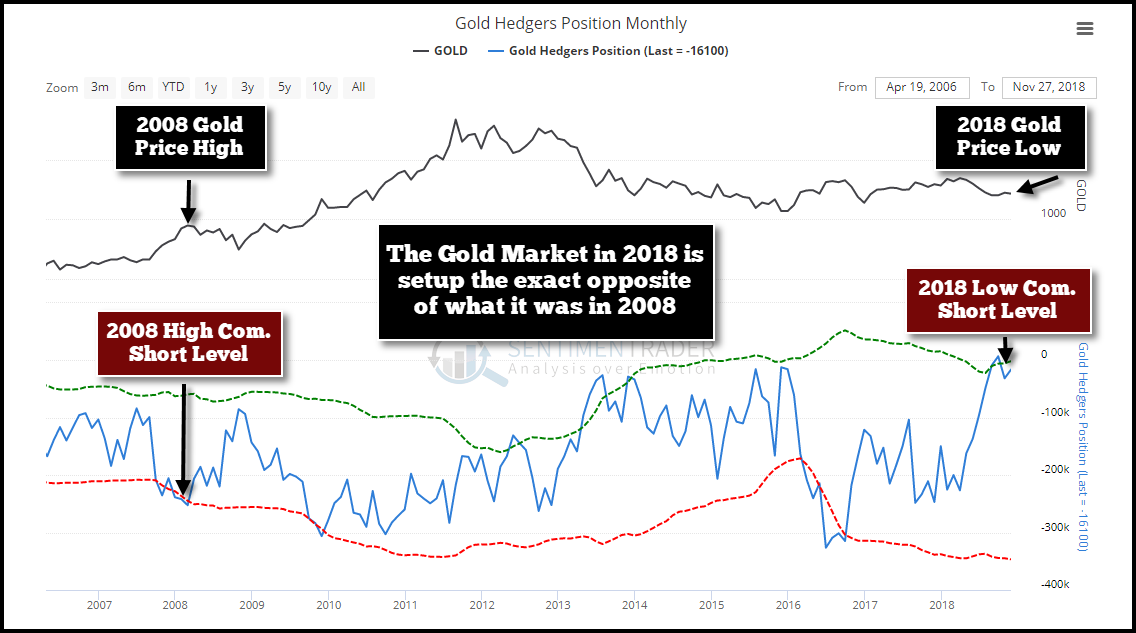 ← State Of Emergency Declared As “Historic Winter Storm” Pounds Carolinas; 100,000 Without Power Why Another 50% Correction Is Possible →