Home » Economics » Did the Club of Rome Ever Disavow “The Limits to Growth”? A Story of Ordinary Disinformation

Did the Club of Rome Ever Disavow “The Limits to Growth”? A Story of Ordinary Disinformation

By olduvai in Economics, Energy, Environment, Liberty on September 24, 2018.

Did the Club of Rome Ever Disavow “The Limits to Growth”? A Story of Ordinary Disinformation 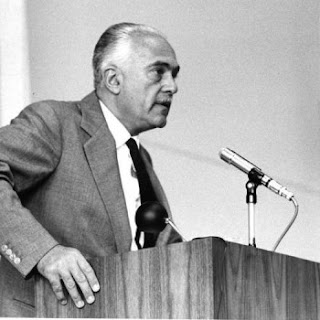 Aurelio Peccei in 1969, when he was appointed the first president of the Club of Rome

The Club of Rome is inextricably linked to the legendary report that it commissioned to a group of MIT researchers in 1972, “The Limits to Growth.” Today, nearly 50 years later, we still have to come to terms with the vision brought by the report, a vision that contradicts the core of some of humankind’s most cherished beliefs. The report tells us that we cannot keep growing forever and that we have to stop considering everything we see around us as ours by divine right.

Not surprisingly, the report generated strong feelings and, with them, there came plenty of disinformation and legends. Some cast the Club of Rome in the role of a secret organization with dark and dire purposes, others aimed at the Limits report, claiming that it was “wrong” or, worse, purposefully designed to deceive the public. I wrote an entire book on this subject (The Limits to Growth Revisited) — in short, most of these stories are false but some contain grains of truth and all of them tell us something about how we humans don’t just deny bad news, we tend to demonize the bearers.

So, there is a peculiar legend stating that the leaders of the Club of Rome disavowed their brainchild, The Limits to Growth and, in doing so, they admitted that it had been wrong, or an attempt to mislead the public. It is an old legend but, as all legends, it is surprisingly persistent and you can still see it mentioned in recent times (for instance, here and here) as if it were the obvious truth. It is not: it is a good example of how disinformation works.
…click on the above link to read the rest of the article…

← The problem with models…is getting stuck on just one Food Prepping: Why You Should Store Wheat And How To Use It →