Home » Economics » Inflation in Canada ticks up to 1.6% in December on higher food prices

Inflation in Canada ticks up to 1.6% in December on higher food prices

Inflation in Canada ticks up to 1.6% in December on higher food prices 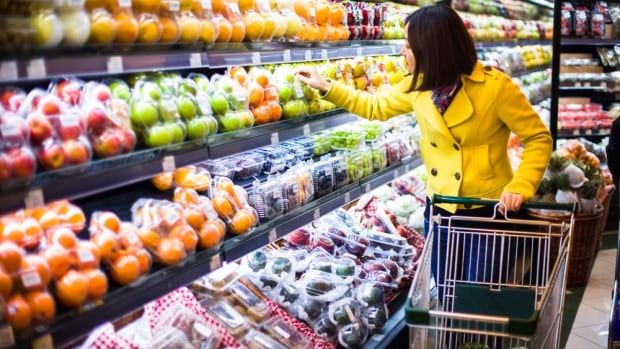 The cost of living in Canada went up by 1.6 per cent in December due to higher prices for food, shelter and transportation.

Statistics Canada reported Friday that Canada’s inflation rate is now at its highest level in more than a year.

All eight subsectors the agency pays attention to in calculating the inflation rate went up during the month.

But food led the way, as Canadians paid 3.7 per cent more for food last month than they did in the same month a year earlier.  That means food prices increased at more than twice the overall inflation rate.

“Food prices were a source of upward pressure, amid the great cauliflower crisis,” BMO economist Doug Porter noted, referencing a popular internet meme of this year centred around exorbitant prices observed for the vegetable.

Fresh vegetables were indeed among the biggest factors in the higher inflation rate, up 13.3 per cent in December on an annualized basis.

The data agency’s transportation index, which includes gas prices, increased by 0.6 per cent after declining for each of the previous 13 months.

Overall, prices rose in every province and territory, but B.C. led with an inflation rate of 1.9 per cent.

Economists have been warning that the lower Canadian dollar would start to push up prices for imported items such as food and gasoline.

← Governor Knew About Flint Water Poisoning for Nearly a Year, Tried to Shift Blame Plutonium’s global problems are piling up →