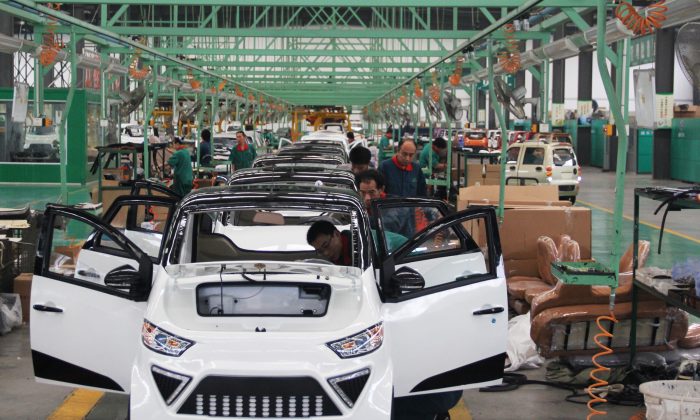 In the last decade, China has rapidly expanded its “green” new energy vehicle (NEV) industry but recycling and disposing of hundreds of thousands of tons of used car batteries has become a pressing issue due to environmental concerns.

Growth in China’s NEV industry took off in 2014 when nearly 78,500 NEVs were produced and some 75,000 were sold. As of September of this year, China’s NEV registration reached 6.78 million, of which 5.52 million are fully electric vehicles.

The NEV industry predicts that its production and sales growth rate will remain above 40 percent in the next five years prompting the question of how to best manage the growing numbers of discarded lithium batteries from the NEVs.

Industry data shows that the service life of lithium batteries used in electric vehicles is generally 5 to 8 years, and the service life under warranty is 4 to 6 years. That means, tens of thousands of electric car batteries will soon need to be discarded or recycled, and millions more down the road.

According to the latest data from China Automotive Technology and Research Center, the cumulative decommissioning of China’s electric car batteries reached 200,000 tons in 2020 and the figure is estimated to climb to 780,000 tons by 2025.

Presently, most end-of-life batteries are traded in the unregulated black market, raising serious environmental concerns. If such batteries are not handled properly, they could cause soil, air, and water pollution.

“A 20-gram cell phone battery can pollute a water body equivalent to three standard swimming pools. If it is buried in the ground, it can pollute 1 square kilometer (247 acres) of land for about 50 years,” Wu Feng, a professor at Beijing Institute of Technology, once publicly stated.