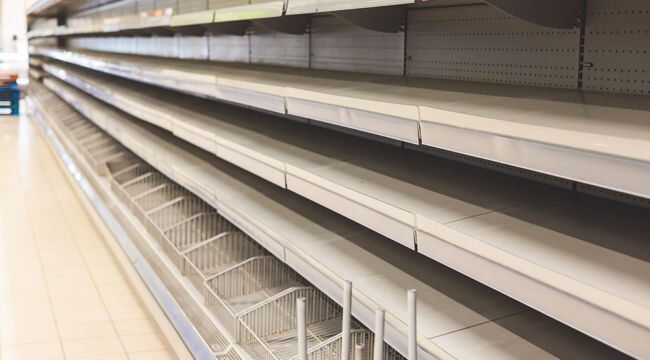 A study earlier this year from four prestigious institutions proclaimed that you should eat bugs and spiders.

And not only that. The study — conducted by BI Norwegian Business School (BI), Chuo University, Miyagi University and Oxford University — also said that the way to convince people to do this is to have celebrities do it on YouTube videos.

Like clockwork, they are suddenly everywhere. You are welcome to look them up. I personally find them revolting. As in they make me want to revolt.

These are the same folks who pushed for lockdowns, masking, jabs and a war with Russia. Now they say we have to get used to eating bugs because all the other policies they pushed have dramatically increased world hunger. Indeed, it is reaching a crisis point.

For many people, bug eating will soon be the only answer.

One Step Before Cannibalism

I’m going to take it as a given that the evolution of society selected against bug eating. It is not something people prefer over, for example, eating chicken, fish, beef and vegetables. I would further postulate that most people, in general, would not eat bugs unless they had to.

I’m sure there are many venerable bureaucrats at the UN who would dispute the above, but I don’t care.

There is a name for bug eating: entomophagy. Sounds fancy, but ultimately it means living as if there is a famine going on. It is one step before cannibalism and finally eating tree bark.

Sometimes it happens. We call those periods of history deeply tragic. It’s not what we want. The difference this time is that entomophagy is being pushed by top Hollywood influencers.

When it arrives, the famine will be celebrated on social media.

← OPEC Sets The Stage For Output Cuts, Sees Oil Market Tipping Into Surplus In Clash With IEA Forecast We Should Aspire to be Peasants →