Collapse and The Exponential Function

Collapse and The Exponential Function 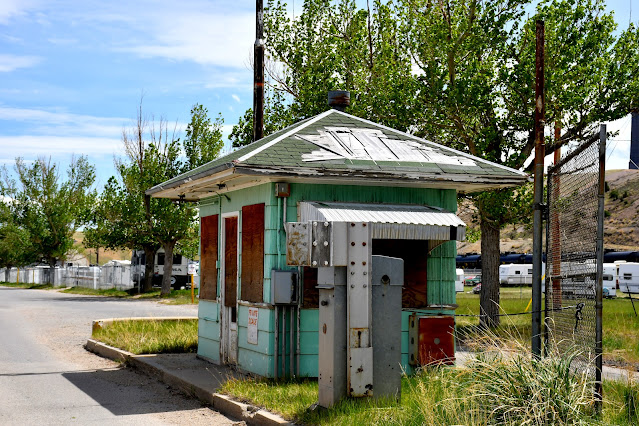 This is the Guard Shack at the Washoe Smelter of the Anaconda Copper Mining Company as it looks today (this picture taken in 2020). More info can be found at the Wikipedia page and the park’s page.

Most everyone reading these articles probably has a good idea of what collapse is. For anyone unfamiliar with it, reading Ugo Bardi’s blog, The Seneca Effect, will definitely provide insight into what the Seneca Cliff is and many different aspects of civilizational collapse. For those unfamiliar with the exponential function, the late Albert Bartlett gave a fantastic presentation of Arithmetic, Population, and Energy.

Many different examples of collapse can be seen in society today – the most visible ones are the inflation of prices of products and services caused by energy and resource decline, mass migrations, downfall of governments, loss of socioeconomic complexity, and the rise of violence (the sheer number of mass shootings here in the U.S. is a very conspicuous sign – more on this later). The hollowing out of the middle class is a symptom of energy decline, another visible sign of collapse.

More can be seen in this article from Sharon Astyk, which accurately points to the difference between problems and predicaments, quote:

“Okay, did Sharon just write two FREAKING essays of “we’re fucked” and left us there with no solutions? Hey, that’s not fair, where’s the zero stars button?

In a sense, yes, that’s what I did. The old distinction between a problem (which can be solved) and a predicament (which must be endured and mitigated, but is fundamentally insoluble) applies here.

If you want me to pull a simple solution that will allow people to stop suffering and dying out of my bag of magic beans, and give you back the life you had in 2019 or 2015, I am doomed to disappoint you profoundly.
…click on the above link to read the rest of the article…