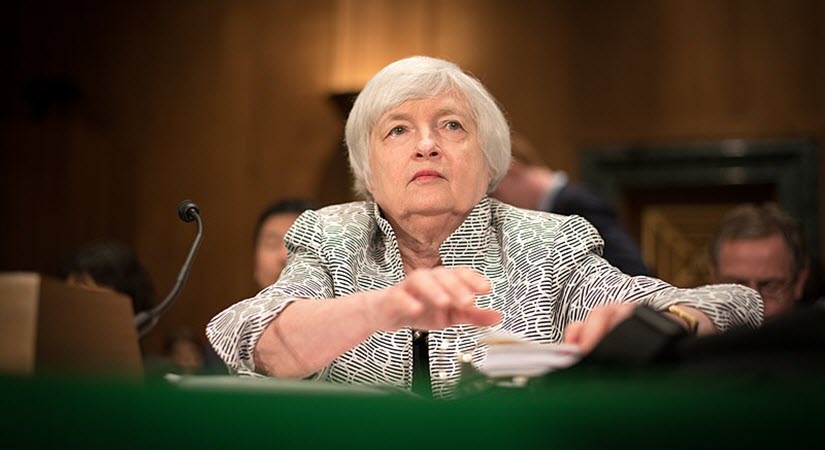 While it’s quite likely that U.S. debt had already reached the point of no return around three years ago, amazingly the situation might have just gotten even worse. Why?

The debt ceiling extension that was granted back in 2019 has expired. Oops.

Janet Yellen is taking what are called “extraordinary measures” that hopefully will keep the U.S. economy from spiraling into a historic disaster of defaults on bond payments and government obligations, skyrocketing interest rates, and massive inflation.

The non-partisan Congressional Budget Office (CBO) predicts the Treasury will run out of cash in October or possibly November.

So as reported above, the U.S. risks default within 90 days if nothing is done.

Yellen wrote a strongly-worded letter to Speaker Nancy Pelosi, describing the potential for “irreparable harm” if no action is taken.

A closer look at the official U.S. debt reveals an unbelievable increase over the last 20 years:

That’s a 4.6x rise in “public debt,” meaning money the U.S. government owes. It’s called “public” debt because all of America shares the responsibility for paying it back. It’s public debt because the public, you and me, are on the hook for it.

Even so, this isn’t the first time “extraordinary measures” have kept the government spending machine humming along in response to debt-ceiling politics. But this could be the first time the clock will run out before a solution is reached.

Surprisingly — or perhaps not — the White House appears to be simply avoiding the current problem.

← After Russiagate, Why WOULDN’T People Be Skeptical About Covid? The Prepper’s Ultimate Plant: The Sunflower →