Home » Environment » When the Ice Will be Gone: The Greatest Change Seen on Earth in 30 Million Years.

When the Ice Will be Gone: The Greatest Change Seen on Earth in 30 Million Years.

When the Ice Will be Gone: The Greatest Change Seen on Earth in 30 Million Years. 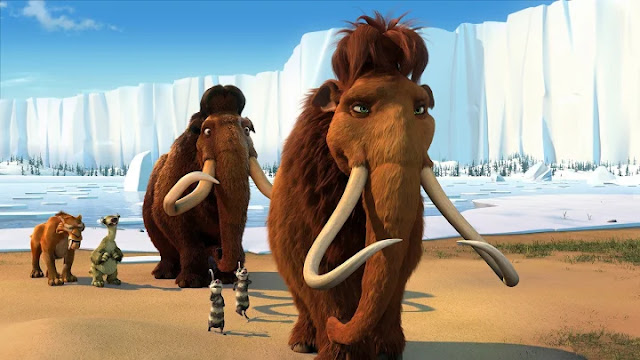 An image from the 2006 movie “The Meltdown,” the second of the “Ice Ages” series. These movies attempted to present a picture of Earth during the Pleistocene. Of course, they were not supposed to be paleontology classes, but they did show the megafauna of the time (mammoths, sabertooth tigers, and others) and the persistent ice, as you see in the figure. The plot of “The Meltdown” was based on a real event: the breakdown of the ice dam that kept the Lake Agassiz bonded inside the great glaciers of the Laurentide, in the North American continent. When the dam broke, some 15,000 years ago, the lake flowed into the sea in a giant flood that changed Earth’s climate for more than a thousand years. So, the concept of ice ages as related to climate change is penetrating the human memesphere. It is strange that it is happening just when the human activity is pushing the ecosystem back to a pre-glacial period. If it happens, it will be the greatest change seen on Earth in 30 million years

We all know that there is permanent ice at Earth’s poles: it forms glaciers and it covers huge areas of the sea. But is it there by chance, or is it functional in some way to Earth’s ecosphere?

Perhaps the first to ask this question was James Lovelock, the proposer (together with Lynn Margulis) of the concept of “Gaia” — the name for the great holobiont that regulates the planetary ecosystem. Lovelock has always been a creative person and in his book “Gaia: A New Look at Life on Earth”  (1979) he reversed the conventional view of ice as a negative entity. Instead, he proposed that the permanent ice at the poles was part of the planetary homeostasis, actually optimizing the functioning of the ecosphere.

← Corn Belt At Risk For ‘Damaging Derecho’ Storms What Kind of Mindsets Lead Us Into Traps? →