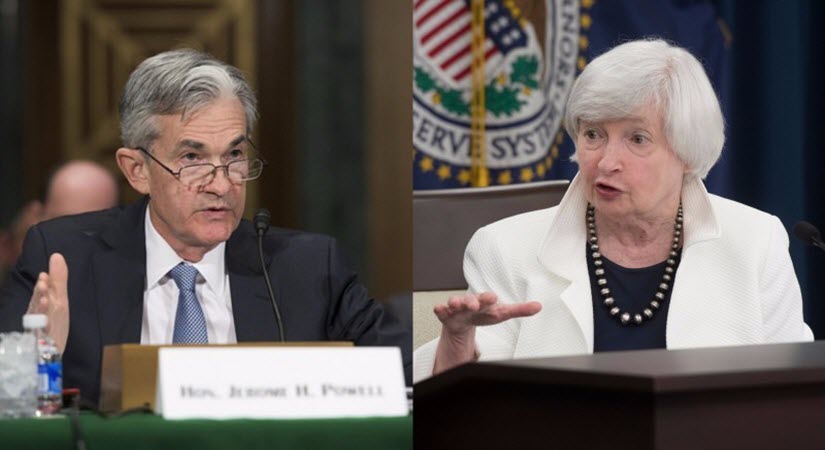 The Fed attempts to maintain control of various rates (including inflation, unemployment and long-term interest rates) through its monetary policy decisions. In the past, poor choices arguably led to both the dot-com bubble and the Great Recession. But that’s old news.

Today, Fed Chairman Jerome Powell is trying to get the U.S. economy moving. A combination of near-zero interest rates and “quantitative easing,” which means buying bonds directly. Both these interventions increase the amount of money in circulation. Ultimately, this would lead to inflation, as you’d expect.

And of course, inflation is closely tied to market rates. In response to the pandemic, the Fed rate policy that Powell currently advocates is keeping money market rates close to zero for an extended period of time. The Fed also seem to intervene quite a bit, attempting to maintain tight control on those rates.

Powell has to balance economic recovery and employment against market bubbles and excessive inflation. That’s a lot of balls in the air… What if one drops?

Unleashing a “tsunami” of cash

Enter Treasury Secretary Janet Yellen, who just threw a big monkey wrench in Powell’s plans to maintain any semblance of tight control over rates. What did she say? As Newsmax reported:

Already low short-term interest rates are set to sink further, potentially below zero, after the Treasury announced plans earlier this month to reduce the stockpile of cash it amassed at the Fed over the last year to fight the pandemic and the deep recession it caused.

That sounds sensible, right? There’s just one problem: the Treasury is planning to “unleash what Credit Suisse Group AG analyst Zoltan Pozsar calls a ‘tsunami’ of reserves into the financial system and on to the Fed’s balance sheet.”

← They Don’t Work To Kill All Dissent, They Just Keep It From Going Mainstream Climate Campaigners Say ‘Listen to the Science’ as New Study Shows Earth Now Warmer Than Any Time in Last 12,000 Years →