Home » Liberty » Chris Hedges: The Empire is Not Done with Julian Assange

Chris Hedges: The Empire is Not Done with Julian Assange

As is clear from the memoir of one of his attorneys, Michael Ratner, the ends have always justified the means for those demanding the WikiLeaks‘ publisher’s global persecution. 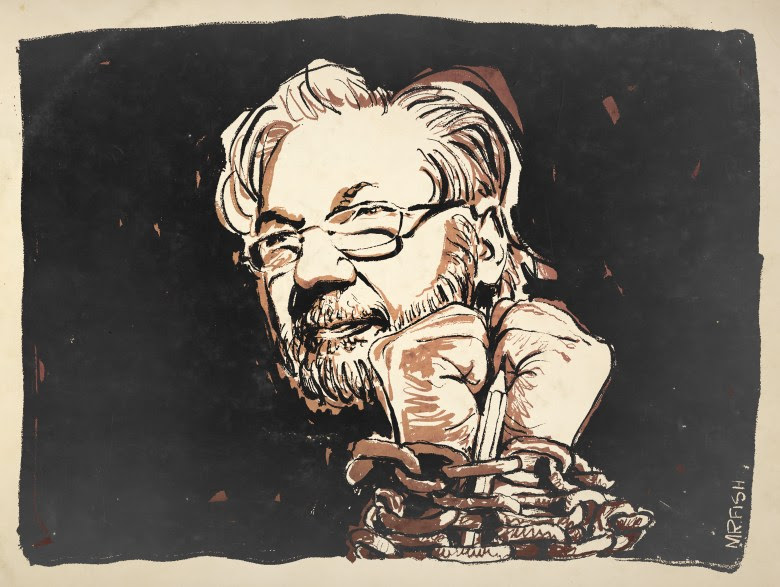 Shortly after WikiLeaks released the “Iraq War Logs” in October 2010, which documented numerous U.S.  war crimes — including video images of the gunning down of two Reuters journalists and 10 other unarmed civilians in the “Collateral Murder” video, the routine torture of Iraqi prisoners, the covering up of thousands of civilian deaths and the killing of nearly 700 civilians who had approached too closely to U.S. checkpoints — the towering civil rights attorneys Michael Ratner and Len Weinglass, who had defended Daniel Ellsberg in the Pentagon Papers case, met Julian Assange in a studio apartment in Central London, according to Ratner’s newly released memoir Moving the Bar.

Assange had just returned to London from Sweden where he had attempted to create the legal framework to protect WikiLeaks’ servers in Sweden.  Shortly after his arrival in Stockholm, his personal bank cards were blocked.  He had no access to funds and was dependent on supporters.  Two of these supporters were women with whom he had consensual sex.  As he was preparing to leave, the Swedish media announced that he was wanted for questioning about allegations of rape.

The women, who never accused Assange of rape, wanted him to take an STD test.  They had approached the police about compelling him to comply. “I did not want to put any charges on Julian Assange,” texted one of them on Aug. 20 while she was still at the police station, but “the police were keen on getting their hands on him.” She said she felt “railroaded by the police.”

← The Assange Extradition Ruling Is A Relief, But It Isn’t Justice Saving Farmland, Supporting Young Farmers →