Home » Liberty » Using Every Trick in the Book

Using Every Trick in the Book

Using Every Trick in the Book

I know you have said several times that the maniacs pushing this Great Reset are going to lose, but are your models showing any idea on WHEN the tipping point is going to be reached here where the majority see through the nonsense and stop co-operating?

I’m based in the UK and am just tired of this nonsense already. I don’t want to live here anymore.

But I also remember you showing timelines on some posts where your model shows the authoritarian era to be 2028-2032/33. But we’re clearly already in authoritarianism right now! At least in the UK we are. It’s just fascism, plain and simple. No other word for it.

So what exactly is your model predicting to happen between now and 2032 in terms of authoritarianism? Is it just going to get worse and worse from here on out (please not!), is it going to oscillate back and forward, with them reaching a certain point, backing off, then trying again in 2028? Or something else entirely?

I just wish this was all over, I find myself lamenting that there isn’t a fast forward button on life right now! Your blog is a ray of hope but I still get frustrated by all this insanity. Thanks for your
work. 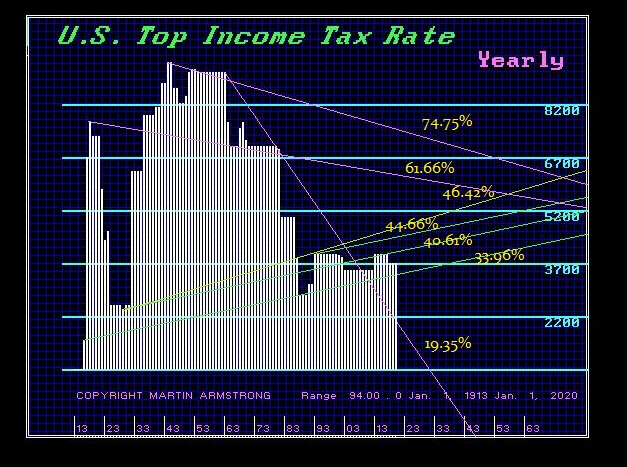 ANSWER: I am rushing to finish this report with the centerpiece being the 2020 election in the USA, but with the implications that are impacting the world. There is a major battle to overthrow Trump for this is the critical piece they need to further their agenda globally. As you know, they have gotten to Boris Johnson who is following the same tactics as Andrews, the Madman of Australia. George Soros has been the one funding the REMAIN camp against BREXIT and I believe that Boris Johnson has been bought. That is the only rational explanation for this complete rejection of his own party’s principles.