Home » Environment » The Triumph of Catastrophism. How Greta Thunberg Carried the Day

The Triumph of Catastrophism. How Greta Thunberg Carried the Day

The Triumph of Catastrophism. How Greta Thunberg Carried the Day

Disclaimer: I am NOT saying here that the Covid-19 does not exist nor that people didn’t die because of it. If you react with the term “denialism” you are only showing that you have no rational arguments to produce. 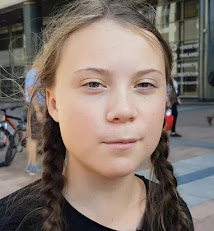 Do you remember that weird girl from Sweden? Yes, the one with the braided hair. What was her name? Greta something…. It is strange that so many people seemed to pay attention to what she was saying about things like climate change. Why should anyone be worried by that? Nobody cares about climate change anymore when there are much more important matters at hand with the great pandemic sweeping the world? And yet, strangely, nowadays people are doing exactly what Greta had told them to do

Not long ago, I published on Cassandra’s Legacy a post titled “The Great Failure of Catastrophism.” In it, I argued that some 50 years of warnings from scientists had been completely ignored by the powers that be. I also argued that a relatively minor perturbation, as the one caused by the Covid-19 epidemic, had been enough to consign all worries about climate to the dustbin of the silly ideas that nobody should care about.

But things keep changing and I am now amazed to see that humans are acting exactly as if they had listened to Greta Thunberg. Do you remember? She said we shouldn’t use the plane, that we should travel less, use less energy, consume less. Exactly what’s being done.

People are not flying anymore so much, they stopped most of their long distance traveling, the mass migration called “international tourism” seems to have disappeared for good.

← Tyranny is Indistinguishable when used by Kings or Career Politicians MSM Is Propaganda: Notes From The Edge Of The Narrative Matrix →