Home » Economics » Does China Have Enough Gold to Move Toward Hard Currency?

Does China Have Enough Gold to Move Toward Hard Currency?

Does China Have Enough Gold to Move Toward Hard Currency? 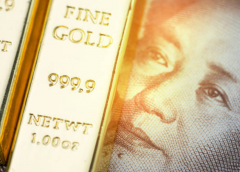 Are the Chinese Keynesian?

We can be reasonably certain that Chinese government officials approaching middle age have been heavily westernised through their education. Nowhere is this likely to matter more than in the fields of finance and economics. In these disciplines there is perhaps a division between them and the old guard, exemplified and fronted by President Xi. The grey-beards who guide the National Peoples Congress are aging, and the brightest and best of their successors understand economic analysis differently, having been tutored in Western universities.

It has not yet been a noticeable problem in the current, relatively stable economic and financial environment. Quiet evolution is rarely disruptive of the status quo, and so long as it reflects the changes in society generally, the machinery of government will chug on. But when (it is never “if”) the next global credit crisis develops, China’s ability to handle it could be badly compromised.

This article thinks through the next credit crisis from China’s point of view. Given early signals from the state of the credit cycle in America and from growing instability in global financial markets, the timing could be suddenly relevant. China must embrace sound money as her escape route from a disintegrating global fiat-money system, but to do so she will have to discard the neo-Keynesian economics of the West, which she has adopted as the mainspring of her own economic advancement.

With Western-educated economists imbedded in China’s administration, has China retained the collective nous to understand the flaws, limitations and dangers of the West’s fiat money system? Can she build on the benefits of the sound-money approach which led her to accumulate gold, and to encourage her citizens to do so as well?