Home » Economics » Is the US Exporting a Recession?

Is the US Exporting a Recession?

After last week’s ECB meeting, Mario Draghi gave the usual press conference. He confirmed the continuance of stimulus and mentioned the moderation in the rate of growth and below-target inflation. He also referred to the steady expansion in money supply. When it came to the Q&A he revealed rather more:-

It’s quite clear that since our last meeting, broadly all countries experienced, to different extents of course, some moderation in growth or some loss of momentum. When we look at the indicators that showed significant, sharp declines, we see that, first of all, the fact that all countries reported means that this loss of momentum is pretty broad across countries.

It’s also broad across sectors because when we look at the indicators, it’s both hard and soft survey-based indicators. Sharp declines were experienced by PMI, almost all sectors, in retail, sales, manufacturing, services, in construction. Then we had declines in industrial production, in capital goods production. The PMI in exports orders also declined. Also we had declines in national business and confidence indicators.

I quote this passage out of context because the entire answer was more nuanced. My reason? To highlight the difference between the situation in the EU and the US. In Europe, money supply (M3) is growing at 4.3% yet inflation (HICP) is a mere 1.3%. Meanwhile in the US, inflation (CPI) is running at 2.4% and money supply (M2) is hovering a fraction above 2%. Here is a chart of Eurozone M3 since 1999:- 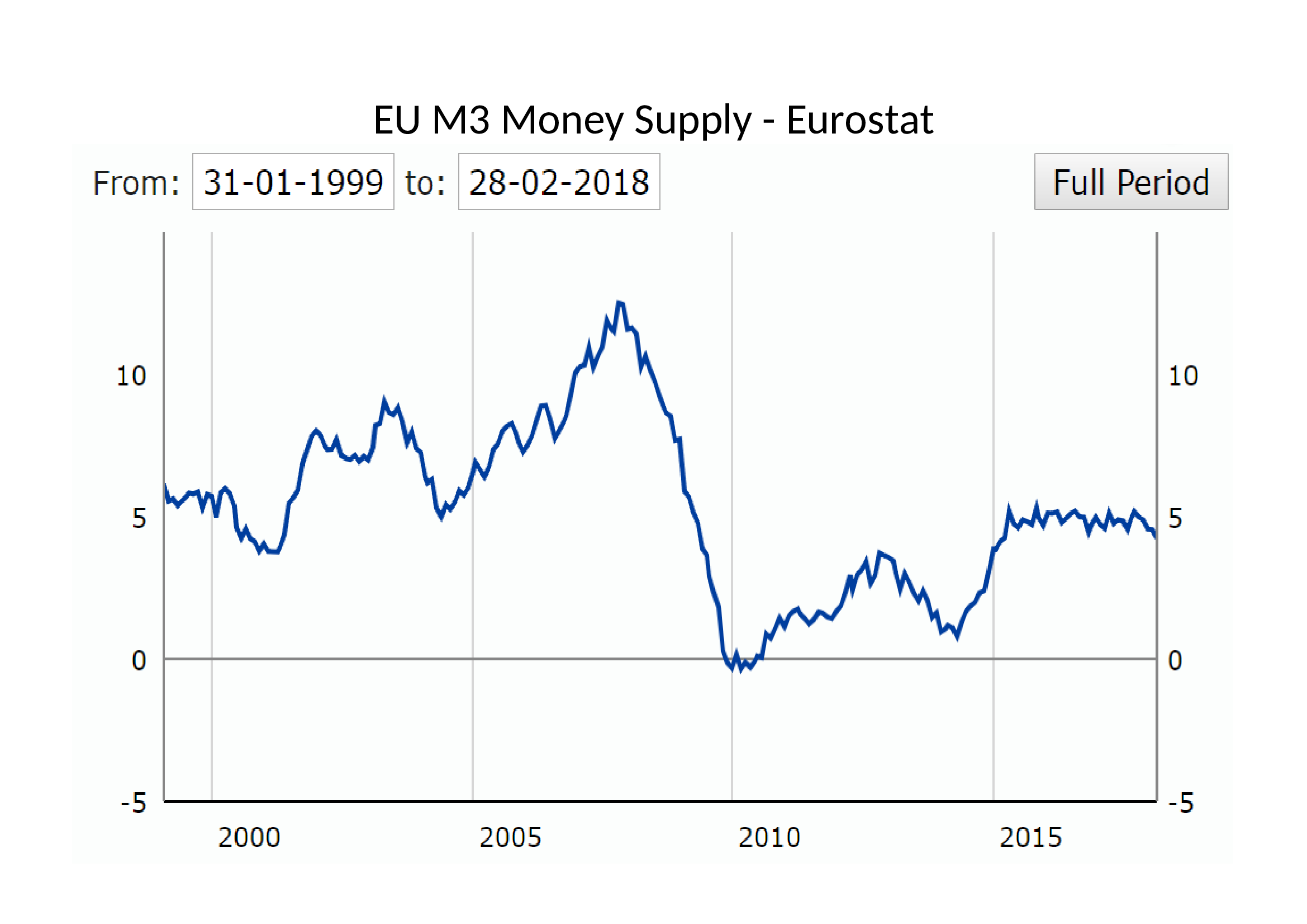 The recent weakening of momentum is a concern, but the absolute level is consistent with a continued expansion.

← “Creating Wealth” Through Debt: the West’s Finance-Capitalist Road  Trump and Netanyahu May Not Want War With Iran, But They May Fall Into One Anyway →