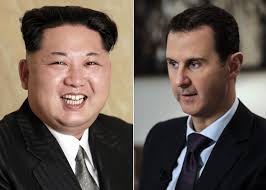 On the World stage, momentous events are unfolding. The USA, UK and France have bombed Syria risking confrontation with Russia. The Israelis are more than a little concerned about Iranian involvement in Syria. And on the Korean peninsula, peace between N and S is on the cards spreading prosperity and more energy consumption for all. On the second tier, oil production in Venezuela and Mexico continue to tank. No one should be surprised, therefore, that Brent has breached $74/bbl. The only thing standing in the way of another severe oil price spike is the N American frackers going back more seriously to work. They may one day be joined by frackers in Saudi Arabia, China and Russia.

The chart below from the February OMR is one of the more important produced by the IEA showing the balance between supply and demand leading to either stock draw or additions. So important in fact that I have decided to leave it there from the last report 2 months ago so that it can be compared with the equivalent chart from the April OMR that is reproduced just below it. 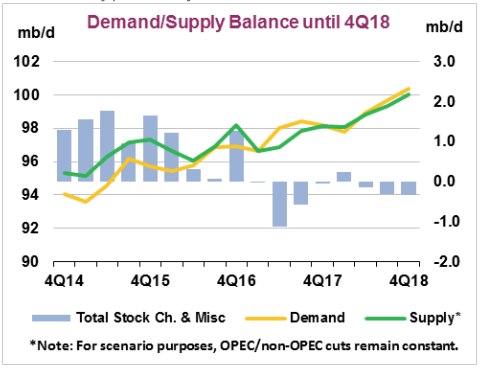 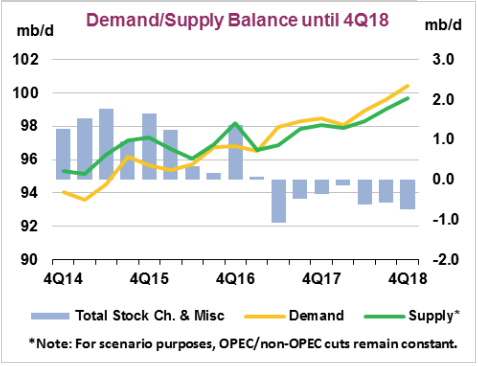 The difference between the two charts are quite subtle but with dramatic impact. Data revisions result in crude oil stock draws for 7 quarters backdated from 4Q 18. This has meant that the IEA now sees OECD crude oil stocks at the 5 year mean at the present day. The momentum of the trend will see OECD crude oil stocks shooting to the low side. Even higher oil prices may be on their way.

Readers should note that since January 2018 I have been employed as a consultant at ETH Zurich. ETH are a well-kept secret, but are in fact the number 10 ranked university in the world, up there with CalTech, MIT and Imperial College.

← The US Two-Tier Monetary System that Ended in 1971 What May 2018 Has in Store: It’s Difficult to Understate the Looming Dangers →