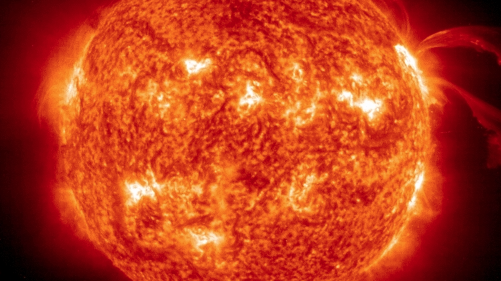 In my recent post on The Cosmogenic Isotope Record and the Role of The Sun in Shaping Earth’s Climatean interesting discussion developed in comments where there was a fair amount of disagreement among my sceptical colleagues. A few days later, retired Apollo astronaut Phil Chapman sent me this article which lays some of the doubts to rest. Phil never got to fly in space but was mission Scientist on Apollo 14. It is not every day I get the opportunity to publish an article from such a pre-eminent scientist. 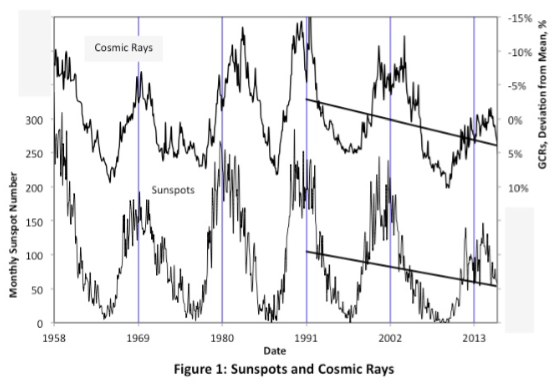 There is absolutely no doubt that solar activity (via the solar wind) directly affects the flux of galactic cosmic rays (GCRs) reaching the Earth. The lower curve in Figure 1 shows the monthly average sunspot count since 1958, from the database (SILSO) maintained by the Royal Observatory of Belgium and the upper chart gives the monthly average GCR flux (as percentage deviations from the average for the period), as measured by the neutron monitor in Moscow.

Note that the scale for GCRs is inverted, increasing downward, to facilitate comparison with the sunspot record; that the major time division is 11 years, to illustrate the well- known approximate periodicity of the sunspot cycle; and that the GCR minimum usually lags the sunspot maximum by a year or two. The linear trend lines in the figure show the decline in the average number of sunspots since the early 1990s and the corresponding increase in GCRs, as we began a new Grand Solar Minimum (already named the Eddy Minimum by the solar physics community).

← The world in 2018 – Part Two Goldman: “Expect A Market Correction In The Coming Months” →