The Geopolitics of Degrowth is all about the the power of less: wasting less, consuming less, needing less from other nations, reducing dependence on rivals, reducing coercion and centralized over-reach.

Conventional geopolitics concentrates wealth and political power in a giant dam on the biggest river. Centralized control of massed power is considered the acme of geopolitical strength. Everyone is coerced into funding and relying on the dam.

But this has it backwards: when the centralized dam bursts, the nation is in ruins. This vulnerability isn’t power, it’s weakness. The Degrowth model of strength is to make local use of every rivulet, stream and tributary, carefully shepherding its sustainability and use.

Unbeknownst to the mainstream, the world has entered an era of scarcity. The current abundance is a temporary flush of the last of the cheap-to-extract resources. Once this illusory abundance has been consumed, all that’s left is hard-to-extract, costly resources.

In an era of scarcity, power flows not from coercion but from needing less by consuming less by eliminating the tremendous waste and friction that consumes resources, capital and time without generating any positive returns.

The conventional mindset is deadset on maintaining this waste and friction, as if it was positive rather than negative. By focusing on “growth” in GDP, our system optimizes waste, fraud, friction and a throwaway mentality. The reality that 40% of everything we consume is wasted is not even recognized. In the conventional mindset, the goal is to waste more by accelerating The Landfill Economy of buying some product that fails or is obsoleted even faster than the previous generation.

World Localization Day is back! 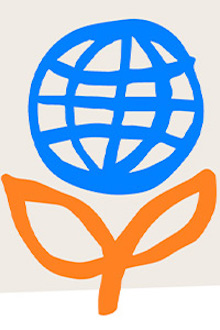 June 20th 2021 marks the return of the international WLD campaign, which aims to galvanize the worldwide localization movement into a force for systemic change.

This movement is made up of myriad initiatives and groups on every continent working to rebuild community fabric, reduce ecological impact and increase human wellbeing, by bringing the economy back to the local level. Think farmers’ markets, permaculture, community gardens, small-business alliances, micro-grids, alternative education projects, and much more.

Its champions have been those with the common sense to dedicate time, money and effort towards making local economies work, even in a world dominated by big corporations and globalizing ideology.

In the wake of Covid-19, the need to localize became clear for all to see. People realized the importance of shorter supply-chains and community mutual aid. They reached out to neighbors, planted seeds, and prioritized spending time with loved ones.

It was in this context that World Localization Day was born. Last year’s event included contributions from the likes of Jane Goodall, Russell Brand, Vandana Shiva and Brian Eno. People tuned in from 123 countries.

This year, the campaign is decentralizing and diversifying, as it gets taken up by groups all around the world. From Zimbabwe to Japan, Mexico to the UK, people will be celebrating and raising awareness about the power of local economies by running hands-on workshops, street protests and conferences.

This year’s event is particularly focused on local food economies. In the words of event-organizer Helena Norberg-Hodge, “strengthening the local food economy is the thing we can all focus on to build a better world.”

By localizing our food systems, we can:

The vulnerabilities of the global village and its economy have been laid bare by the assault of the coronavirus (Sars-CoV-2), which has led to a pandemic of the infectious disease, COVID-19. The mobility chains that enable the flow of civilization are now substantially truncated, with collapsing demand for transportation fuels – and crude oil, from which they are refined – leading Russia, Saudi and other OPEC countries to agree on combined production cuts of 10 million barrels a day, even though demand might have fallen by 30 million barrels a day. It remains an open question how soon, or if at all, everything will get back to normal, when arguably, it is “normal” that has brought this current situation upon us, as yet another element of a changing climate. The broad reach of the expanding global mechanism both invades previously uncharted terrains and ecosystems, and provides vectors for the transmission of contagion. Thus, the relentless rise of a resource-intensive civilization and its highly mobile population carries many potential dangers.

The need for re-localisation, in the anticipation of Peak Oil, leading to waning supplies of cheap transportation fuel, was a founding tenet of the Transition Towns (TT) movement. However, this motivation appeared to lose some of its urgency, once a flood of oil entered the market, largely as exhumed from shale by the procedure of hydraulic fracturing (“fracking”). Indeed, a few years ago, TT-HQ asked itself the question, “Does so much cheap oil mean peak oil as an argument is now over?” In fact, the production of conventional crude oil has remained on a plateau since 2005, while 71% of subsequent growth in the production of “oil” has been provided by shale hydrocarbons; hence, we may anticipate that any stalling of the fracking industry will begin to restrict the overall global oil supply.

To relocalise effectively we need to map the productive potential of our regions and communities, including resource, material, waste and energy flows and identify threads and opportunities for relocalising production and consumption. How are we dependent on imports and what resources do we have in regional abundance?

Apart from mapping data on the bio-productivity, hydrology, geology, climatology, and ecology of the region, to identify material and energy resources that can be sustainably used and regenerated locally or regionally, communities will also have to become clear what skills, knowledge, technology, infrastructures, and financing will be needed and how to put these resources in place. Creating and maintaining a high level of knowledge and skills within the region requires investment in education and innovation over the mid and long-term.

Shifting local and regional economies towards increased local production for local consumption will only be achieved in complex multi-stakeholder integration processes with people taking a whole systems design perspective in a collaborative effort to create regional abundance. Such a transition will require skill, persistence and patience, yet it promises diverse and vibrant regional economies, resilient and thriving communities, and the protection and regeneration of regional bio-cultural diversity.

“Oral histories and historical research can offer fascinating insights into how people used to feed, employ and heat themselves. Clearly, not all of it is relevant and collecting reminiscences carries a danger of romanticising the past and devaluing the present, but there is much that can be learned.’”

Relocalising the food chain: Why it matters and how to do it

It’s hard to escape the growing interest in local food over the past few decades. Whether it’s restaurants boasting fresh, local produce on their menus, the rise in farmers’ markets and farm shops or the growth of box schemes such as Riverford, it’s clear that people value food that comes with a story. Even supermarkets have noticed, as Morrisons credits soaring demand for regional produce for its healthy profits last year. In order to understand the movement better, and to see where it might be headed, it is worth exploring the motivations behind it.

For there is more to ‘local’ than meets the eye. After all, nobody gets excited about eating bacon from the local intensive pig unit or white sliced bread from the in-store bakery at the supermarket. Instead the term is shorthand for a vision of food characterized by small-scale farming and growing, heritage breeds, artisan processing, family businesses and traditional skills.

It is also about self-reliance and ‘taking back control’, in the sense of using what grows locally with a minimum of inputs and rejecting globalization. It is about a sense of connection, which we have traded in for the convenience of the modern food industry, but with mixed feelings, as the Food Standards Authority’s report Good Food for All notes.