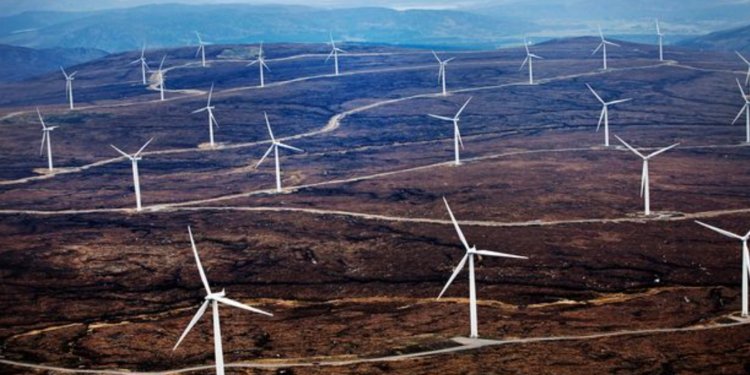 Suppose that Scotland’s CO2 emissions fell tomorrow to zero, i.e., that, at midnight, the country ceased to exist. Then according to the “Model for the Assessment of Greenhouse Gas Induced Climate Change” (MAGICC), based on the latest IPCC climate models, the reduction in the Earth’s temperature in 2100 would be…undetectable.

Motivated by the moral necessity and urgency of this goal, the Scottish Government is proposing a novel energy policy – its “Energy Strategy and Just Transition Plan”.

This article reviews its major themes and their implications, and considers briefly the probability of success of the Scottish Government implementing it.

In 2022, due to an insufficient quantity of wind and sun, Scotland’s current collection of wind and solar energy-scavenging devices failed to generate about 70% of their nameplate capacity. Recent exhaustive statistical and econometric analysis of wind generation in Scotland by Edinburgh University shows that it is uneconomic and destined for taxpayer bailout. Under the Scottish Government’s novel energy strategy, wind and solar energy-scavenging devices are to be greatly expanded.

Hydrogen, an energy carrier that squanders in waste-heat a gigawatt of power generation for every gigawatt it carries, is elevated in the Scottish Government’s understanding of energy to the category of a fuel, and also greatly expanded.

Hydrocarbon and nuclear – actual fuels – provide the energy to manufacture and endlessly replace wind turbines and solar panels. They also, in Scotland, provide the power sources that run under all conditions to ensure continuity of energy supply during Scotland’s frequent sunless and windless conditions. These are to be discontinued.

Like all advanced economies, Scotland cannot tolerate even a small measure of power supply fluctuation. Without firm dispatchable thermal standby generation capacity to smooth supply fluctuation, the eventual daily around 40GW amplitude power fluctuation resulting from the proposed expansion of weather-dependent electrical generation must be adapted for use in some other way…