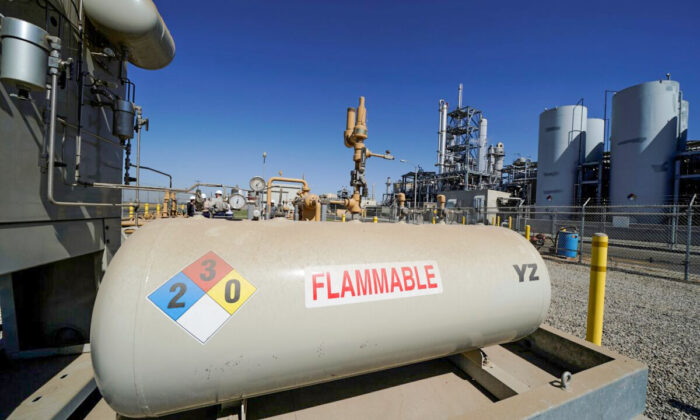 Natural gas is transferred into the SoCalGas system after being collected and purified at a Calgren collection facility in Pixley, Calif., on Oct. 2, 2019. (Mike Blake/Reuters)
Californians are expecting skyrocketing natural gas bills this month, but this can’t all be blamed on the weather, according to industry insiders.

Those who typically paid around $65 a month last winter are likely to pay about $160 this year, SoCalGas said in a statement Dec. 29. Those with bills around $130 a month could see charges jump to $315.

Natural gas prices rose in 2022 for five reasons, according to a biennial report (pdf) published by California Gas and Electric Utilities, a group of utility providers including SoCalGas, San Diego Gas & Electric, and SoCal Edison.

Third, the Biden administration restricted licensing and drilling in the country for fossil fuels, and investment for such production has lagged behind the rapidly growing demand for natural gas over the past year, according to the report.

“From an economic standpoint [reducing reliance on fossil fuels] may be costly and is certainly not expected to be rapid or easy,” the utility reported. “Nonetheless, the push to find ways forward and to provide energy solutions to customers in a clean and affordable way is an imperative.”