Home » Geopolitics » In 2022, the world as we knew it ended. Decades of conflict lie ahead

In 2022, the world as we knew it ended. Decades of conflict lie ahead 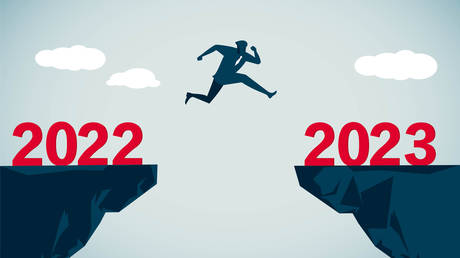 The ‘end of history’ has concluded and the world has returned to conflicts between ‘great powers’. Let’s hope it doesn’t turn nuclear By Ivan Timofeev, Valdai Club Programme Director & one of Russia’s leading foreign policy experts.© Getty Images / erhui1979

In 1989, the ‘short 20th century’ concluded with the ‘end of history’ – the victory of the Western capitalist world over the Soviet socialist project. At that time, there was not a single country, or community, left in the world which offered a realistic alternative to the US-led view of the organization of the economy, society, and the political system.

The Soviet bloc dissolved itself. A large part of it quickly integrated into NATO and the European Union. Other major world players had begun to integrate organically into the Western-centered world system long before the end of the Cold War. China retained a high level of sovereignty in terms of its domestic order, but quickly moved into a capitalist economy, actively trading with the US, EU, and the rest of the world.

Beijing, meanwhile, shied away from promoting the socialist project abroad. India had avoided claiming global projects of its own, although it has, to this day, also maintained a high level of identity in its political system and has so far shied away from joining blocs and alliances. Other major players also remained within the rules of the ‘liberal world order’ game, avoiding attempts to challenge it.

Individual rebels, such as Iran and North Korea, did not pose much of a threat, although they raised concerns with their stubborn resistance, persistent promotion of nuclear programs, successful adaptation to sanctions, and for the most part, any potential military attack was ruled out because of its high cost. For a brief period, it seemed that the global challenge might come from radical Islamism. But it could not shake the existing order either.

← The Human Eco-predicament: Overshoot and the Population Conundrum Finding a place to take a stand →