A sophisticated military operation – that required exhaustive planning, possibly involving several actors – blew up four separate sections of the Nord Stream (NS) and Nord Stream 2 (NS2) gas pipelines this week in the shallow waters of the Danish straits, in the Baltic Sea, near the island of Bornholm. 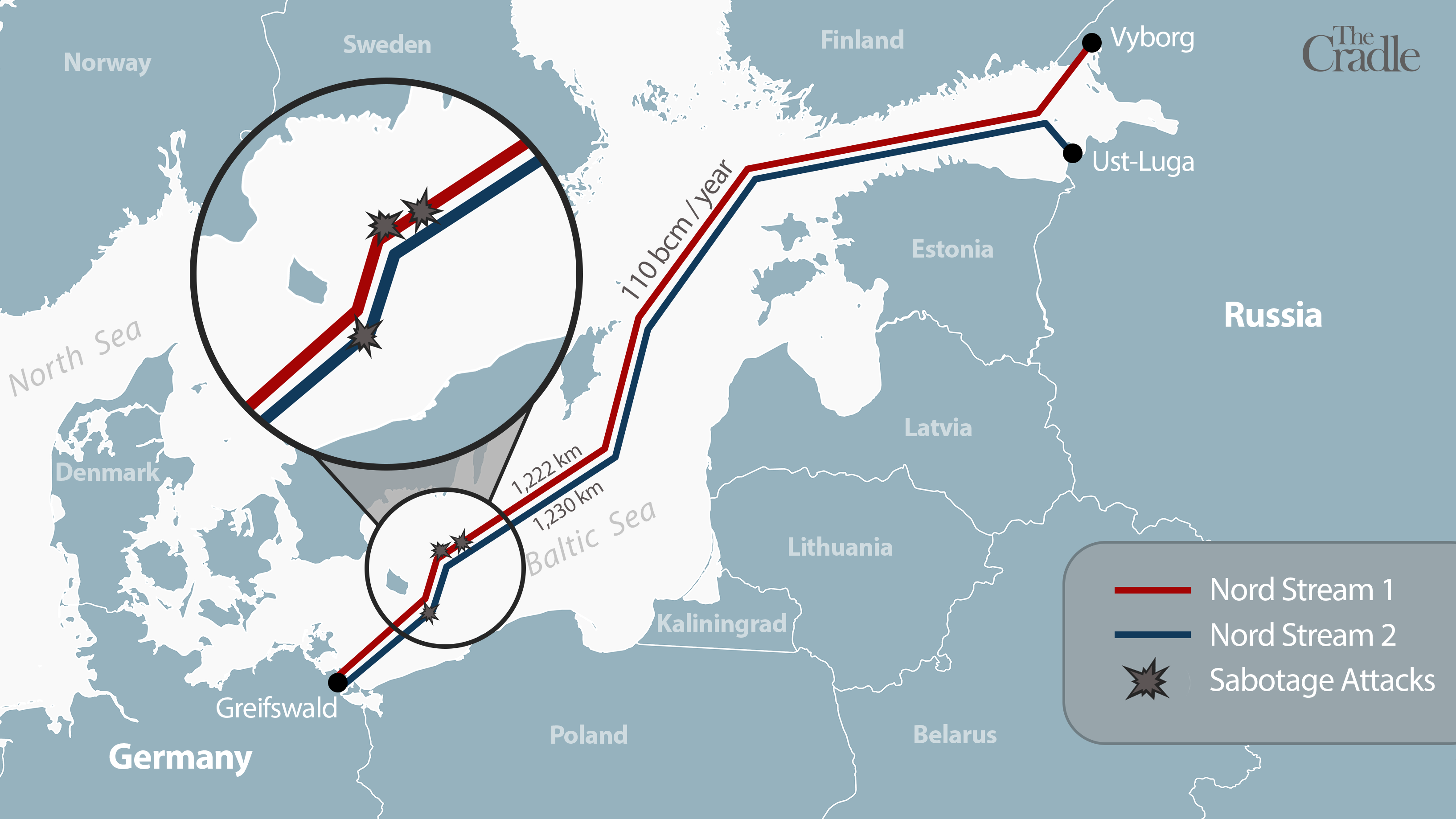 Swedish seismologists estimated that the power of the explosions may have reached the equivalent of up to 700 kg of TNT. Both NS and NS2, near the strong currents around Borholm, are placed at the bottom of the sea at a depth of 60 meters.

The pipes are built with steel reinforced concrete, able to withstand impact from aircraft carrier anchors, and are basically indestructible without serious explosive charges. The operation – causing two leaks near Sweden and two near Denmark – would have to be carried out by modified underwater drones.

Every crime implies motive. The Russian government wanted – at least up to the sabotage – to sell oil and natural gas to the EU. The notion that Russian intel would destroy Gazprom pipelines is beyond ludicrous. All they had to do was to turn off the valves. NS2 was not even operational, based on a political decision from Berlin. The gas flow in NS was hampered by western sanctions. Moreover, such an act would imply Moscow losing key strategic leverage over the EU.

Diplomatic sources confirm that Berlin and Moscow were involved in a secret negotiation to solve both the NS and NS2 issues. So they had to be stopped – no holds barred. Geopolitically, the entity that had the motive to halt a deal holds anathema a possible alliance in the horizon between Germany, Russia, and China.