Central Banks Rush to Protect Themselves from Incoming Disaster

Central Banks Rush to Protect Themselves from Incoming Disaster 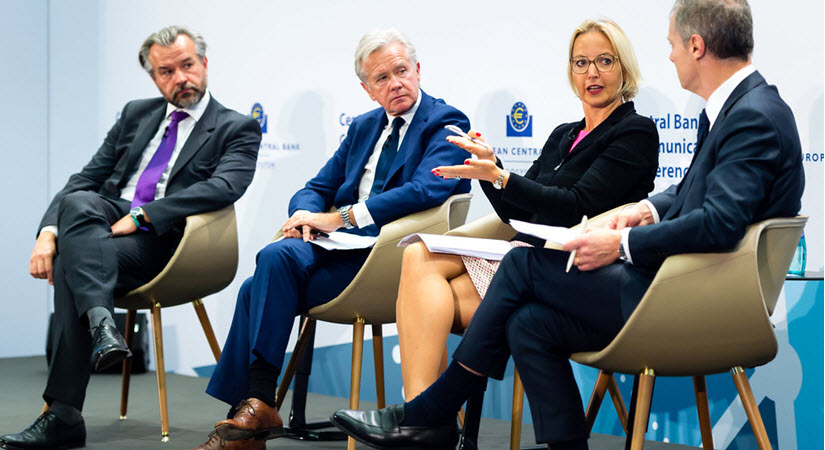 The times, they are a-changin’, as Bob Dylan tells us.

On the global economic stage, the U.S. isn’t the dominant economic superpower that it once was. This conclusion comes from the declining popularity of dollars among global central banks.

Around the world, national central banks stockpile “reserves” in order to back up the value of their own national currency. Here’s how Investopedia explains monetary reserves:

In a sense, holding any asset as part of a nation’s monetary reserves is a vote of confidence in it (which is a big reason central banks own tons of gold bars).

Here’s the concern: according to International Monetary Fund (IMF) data, the U.S. dollar (USD) has been hobbling along at a 26-year low in terms of its share of global reserve currencies.

Wolf Richter explained the specifics: “The global share of US-dollar-denominated exchange reserves declined to 59.15% in the third quarter, from 59.23% in the second quarter.”

The world is losing faith in the dollar as a safe, stable store of value. Take a look at the history of the USD share of global reserve currencies since 1967 on the chart below.

Take special note of how high the share was in 1977 (85%) before inflation spiraled out of control. Then note how much of that share disappeared by 1991: 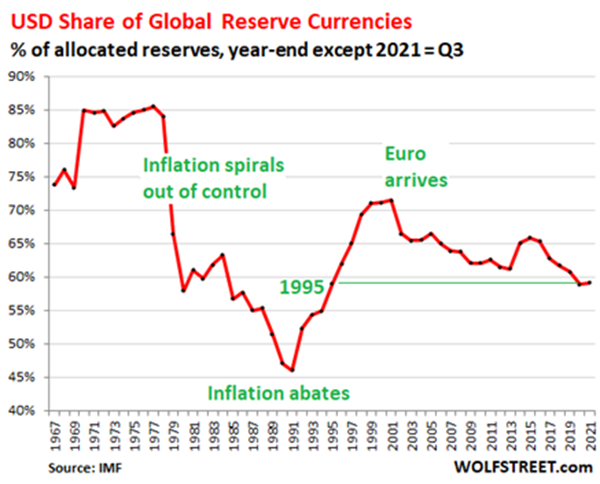 ← Undermining US Global Hegemony Is Good, Actually: Notes From The Edge Of The Narrative Matrix Why The Kazakhstan Crisis Is A Much Bigger Deal Than Western Media Is Letting On →