Home » Liberty » When Science Speaks in Tongues: The Unstoppable Rise of Gibberish

When Science Speaks in Tongues: The Unstoppable Rise of Gibberish

When Science Speaks in Tongues: The Unstoppable Rise of Gibberish 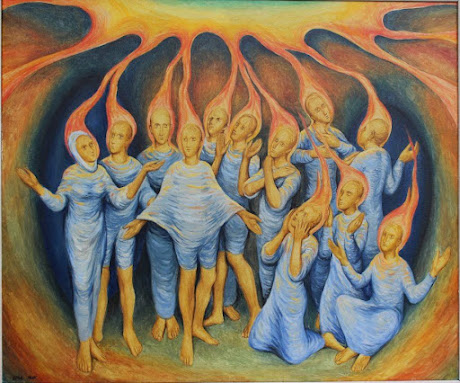 I have no objections to the idea that God (or the Goddess) can speak to people. And maybe the Lord really spoke to the apostles the day of Pentecost. But if you plan to fool other people, then “speaking in tongues” (known also as “glossolalia” in modern terms) can be a good idea. You start with uttering something that vaguely sounds like a language. Then you “translate” it into something that you report as the word of God. An easy trick that sometimes works. Even in science, some researchers seem to use this trick to gain academic points by publishing articles that contain mostly gibberish, or even only gibberish. We could call it “scientific glossolalia”.

You may have heard the recent news of 44 scientific papers being retracted from a scientific journal after they were discovered to be nothing but gibberish. The usual reaction in these cases is to speak of “a few bad apples.” But this fraud exposes a problem that goes deep, very deep, in science. Science suffers from “glossolalia” — a syndrome that makes people utter meaningless sounds as if they were speaking a real language.

To start, “papers” are the main output of a scientist’s work. It is the harsh law of “publish or perish,” meaning that for a scientist publishing something — anything — in an academic journal is the first line of defense against being fired.  Even if a scientist has no money, no grants, no instrumentation, no ideas, they have to show that they are doing something. Woe betide the scientist who does not publish at least one paper every year! Anathema! Abomination! Horror! May you be eaten by the h-index bugbear who punishes those who sin so hideously against the sacred rules of science!