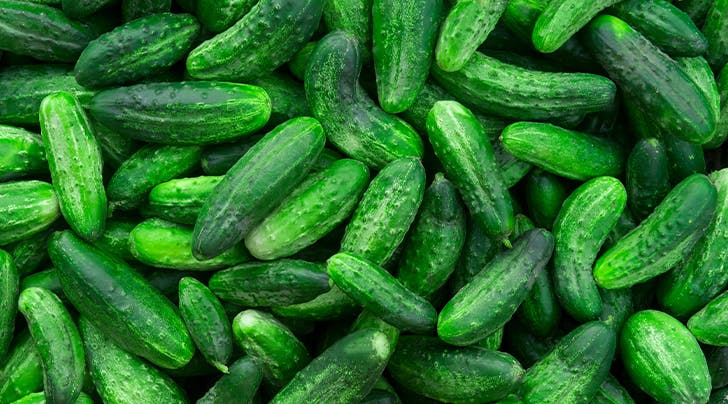 * I tried to post a video last week that was taken down because the person who created it was just besieged with people wanting to share it! Now, she has created a YouTube video. It is almost 45 minutes long. At the 7:53 mark, she begins to present her data. It is well worth the viewing. If you are on the fence, or not concerned, you will be after watching her video. Famine is coming.  Helena Kleinlein – Feast or Famine? The Coming Food Shortages.

* Garden update – My cucumbers are producing like crazy. I have too many tomatoes to eat, but not really enough to can. I think there are 12 ripening on my counter as I type this. Some kind of fungus has attacked all my potato plants and they are simply dying off. I’ve tried spraying with fungicide, and with hydrogen peroxide, and several other things. No go. Leaves keep turning yellow with brown spots. Ugh. I got little green worms in the lettuce and had to thin that out. (Captain Jack’s Dead Bug Brew to the rescue) I left the shade off the lettuce and it just about wilted to death. Plants do NOT like this extreme heat (106˚ the other day). Getting them in the ground early (February) has been a game-changer. Except for the potatoes, everything has produced some food already. Everything is covered with a shade cloth, and my sweet husband even took a fan out to the garden yesterday to cool off the plants. But, but, but!!! When you cut open that first ripe tomato, or fry up that first squash or eat that first crisp cucumber……THAT’S why I do it. Store-bought food cannot compare in deliciousness!