Home » Energy » The Hydrogen Hoax: Confessions of a Former Hydrogenist 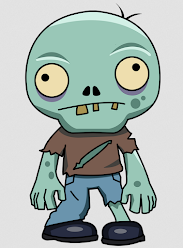 The “hydrogen economy” is like a zombie: no matter how many times it is slain, it keeps coming at you. Like a Hollywood zombie movie, hydrogen seems to exert a tremendous fascination because it is being sold to people as a way to keep doing everything we have been doing without any need for sacrifices or for changing our ways. Unfortunately, reality is not a movie, and the reverse is also true. Hydrogen is a pie in the sky that delays the real innovation that would make it possible to phase out fossil fuels from the world’s energy mix.  (image source)

This is a re-worked and updated version of a post that I published in 2007, in Italian, during one more of the periodic returns of the “hydrogen economy,” a fashionable idea that leads nowhere. For more technical information on the hydrogen scam, see the exhaustive treatment by Antonio Turiel in three posts on his blog “Crash Oil”, in Spanish, “The Hydrogen Fever” One, two, and Three, all written by “Beamspot.”

Confessions of a Former Hydrogenist

I think it was in 2004 when an Italian company based in Tuscany developed a hydrogen car and organized a presentation for the president of the Tuscan regional government. I was invited to attend the demonstration as the local fuel cell expert.

So, I showed up in the courtyard of the Tuscan government building where a truck had unloaded the car. It turned out to be a modified Fiat Multipla that you may know as having been awarded the 2014 prize for the ugliest car ever made. Of course, the ugliness of the car was not a problem, but the whole idea was. It was not a fuel cell car, but simply an ordinary car fitted with two compressed hydrogen cylinders under the body. The hydrogen went directly to the carburetor to operate the internal combustion engine.

← Running Out Of Soybeans? Railroads Slashed Jobs Again in Nov, to Lowest in Many Decades, Traffic Down 17% since 2006, Stocks Soared to Record High →