Home » Geopolitics » Europe on the Brink of Collapse?

Europe on the Brink of Collapse?

Europe on the Brink of Collapse? 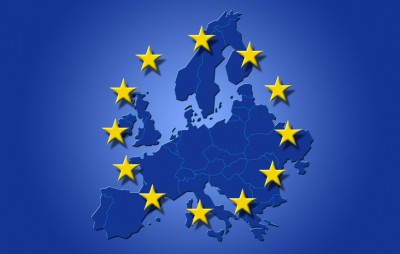 The Empire’s European castle of vassals is crumbling. Right in front of our eyes. But Nobody seems to see it. The European Union (EU), the conglomerate of vassals – Trump calls them irrelevant, and he doesn’t care what they think about him, they deserve to be collapsing. They, the ‘vassalic’ EU, a group of 28 countries, some 500 million people, with a combined economy of a projected 19 trillion US-dollar equivalent, about the same as the US, have submitted themselves to the dictate of Washington in just about every important aspect of life.

The EU has accepted on orders by Washington to sanction Russia, Venezuela, Iran – and a myriad of countries that have never done any harm to any of the 28 EU member states. The EU has accepted the humiliation of military impositions by NATO – threating Russia and China with ever more and ever more advancing military basis towards Moscow and Beijing, to the point that Brussels’ foreign policy is basically led by NATO.

It was clear from the very get-go that the US sanctions regime imposed on Russia and all the countries refusing to submit to the whims and rules of Washington, directly and via the EU, was hurting the EU economically far more than Russia. This is specifically true for some of the southern European countries, whose economy depended more on trading with Russia and Eurasia than it did for other EU countries.

The ‘sanctions’ disaster really hit the fan, when Trump unilaterally decided to abrogate the “Nuclear Deal” with Iran and reimpose heavy sanctions on Iran and on “everybody who would do business with Iran”. European hydrocarbon giants started losing business. That’s when Brussels, led by Germany started mumbling that they would not follow the US and – even – that they would back European corporations, mainly hydrocarbon giants, sticking to their contractual arrangements they had with Iran.

← Is the US Planning to Wage War on Russia and China? Media To Trump: We’re Calling The Shots Here →