Home » Liberty » When Jerusalem was in Tuscany. The Last Gasps of a Dying Empire 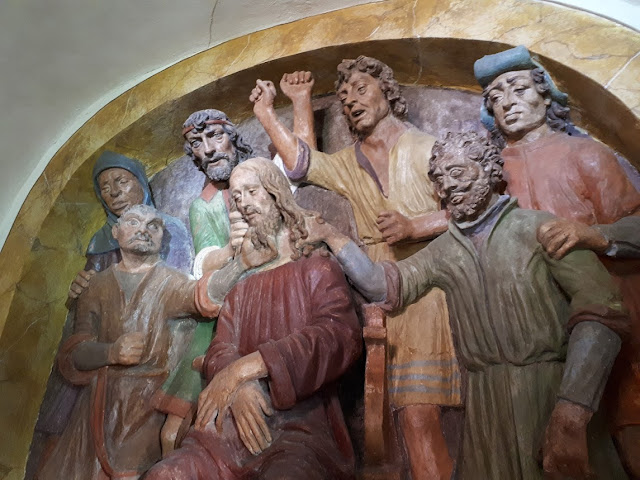 Did you know that in Italy there is a place called “Jerusalem in Tuscany?” In the monastery of “San Vivaldo,” you can find a 16th-century sanctuary structured in such a way to make pilgrims go through an experience similar to that they would have by visiting the real Jerusalem. The sanctuary is still very much the same as it was when it was built, half a millennium ago.
The key feature of all empires is their centralized control over different social and economic subregions. Control is normally obtained by military means, but that’s not strictly necessary. Our modern Global Empire does not disdain the use of lethal force, but it is kept together largely by the soft communication techniques we call “propaganda” or, more recently, “consensus building.” Some ancient empires were also based on communication techniques, in particular the Catholic Church which dominated Western Europe for about one millennium using its monopoly on Latin as ‘lingua franca’. Here, I am examining the traces left by the last attempt of the Church to maintain its dominance by developing a completely new, image-based, communication system. It didn’t work, but it was impressively modern and it compares well with our present icon-based communication systems.

Imagine yourself in Europe during the late Middle Ages — it was a different world for many reasons but one would perhaps be the most striking: language. Today, Europe is organized in terms of sharp borders of linguistic areas that usually correspond to national states. Inside the borders, there is one — and only one — “correct” language while dialects or minority languages are at best tolerated and often despised.
…click on the above link to read the rest of the article…