Why do mainstream media reporters within ostensibly free democracies act just like state media propagandists? Why are they so reliably pro-establishment, all throughout every mainstream outlet? Why do they so consistently marginalize any idea that doesn’t fit within the extremely narrow Overton window of acceptable opinion?Why does anyone who inconveniences western establishment power always find themselves on the losing end of a trial by media? Why are they so dependably adversarial toward anything that could be perceived as a flaw in any nation outside the US-centralized power alliance, and so dependably forgiving of the flaws of the nations within it?

✔
There is no consistency in how mass arrests are depicted in Western media. If this took place in a “hostile” country, it would be declared state-sponsored repression by an authoritarian regime https://twitter.com/AFP/status/1071677086778048512 …
✔
Replying to @AFP 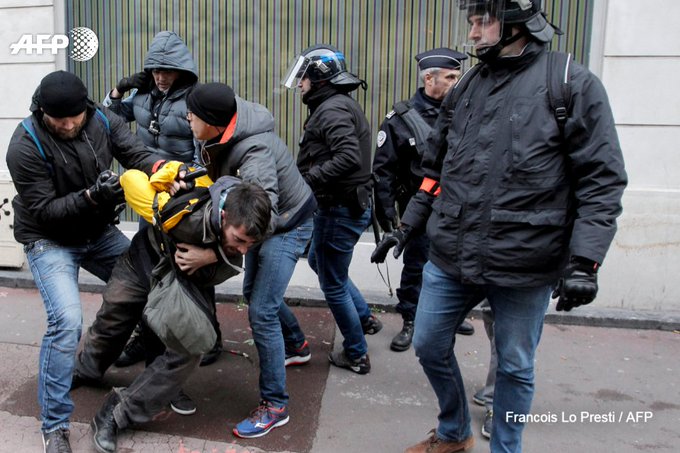 The way I see it there are only two possible explanations for the unanimous consensus in mass media on these issues:

Explanation 1: The consensus exists because the mass media reporters are all telling the truth all the time.

Explanation 2: The consensus exists because there is some kind of system in place which keeps all mass media reporters lying to us and painting a false picture about what’s going on in the world.

Those are the only two possibilities, and only one can be true, since any mixture of the two would result in the loss of consensus.

Most mainstream westerners harbor an unquestioned assumption that Explanation 1 is the only possibility. The things they see on CNN, the BBC and the ABC are all accurate descriptions of what’s really going on in the world, and the consensus in their descriptions exists because they’re all describing the same objective reality.

← Assorted Thoughts On Politics, Humanity, And The World The Largest Conspiracy Theory Peddlers Are MSM And The US State Department →