– As Brexit looms, the Central Bank of Ireland has refused to discuss the location and value of Irish gold reserves
– No date given for removal of “commercially sensitive” gold reserves from Bank of England vaults
– Bank of England vaults in London believed to hold almost €200 million of Irish gold
– Ireland’s financial system & economy is hugely exposed to a Brexit downturn 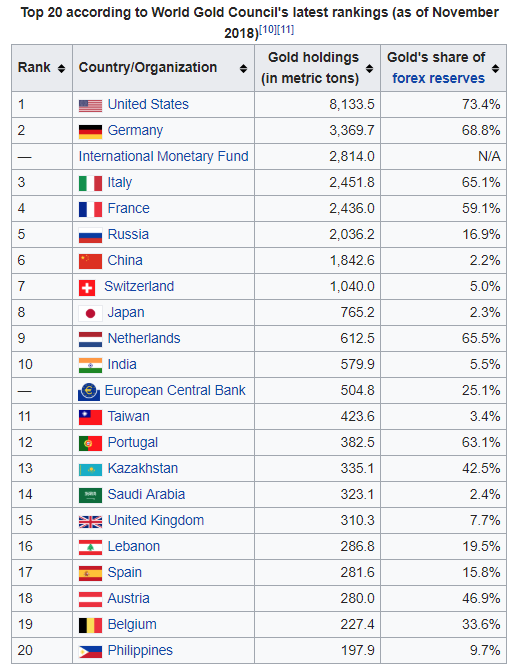 IRELAND’S Central Bank has refused to say if it plans to move almost €200m worth of gold bars from the vaults of the Bank of England as a result of Brexit, insisting that any such move would be “commercially sensitive”.

The gold reserves have been held by its UK counterpart for a number of years, and the Central Bank has traditionally been coy on the precise details of the reserves, and the terms of the arrangement it has with the Bank of England.

It refused to be drawn yesterday on whether the reserves would be removed from the Bank of England either before or after the Brexit deadline of next March.

“It is for the Central Bank to determine how Ireland’s gold reserves ought to be managed,” a spokeswoman told the Irish Independent.

“The Central Bank’s portfolio is managed in line with approved parameters, which are kept under regular review and we report on key activities and developments in our annual report,” she added.

“The Central Bank’s transactions in gold are commercially sensitive and no further comment can be made at this time,” she said.

The latest Central Bank annual report shows that it had €209.3m worth of gold and gold receivables on its books at the end of 2017.