Home » Economics » What The Oil Price Collapse Says About The Economy

What The Oil Price Collapse Says About The Economy

What The Oil Price Collapse Says About The Economy

In Tuesday’s technical update, I discussed the breakdown in the major markets both internationally as well as domestically. Of note, was the massive bear market in China which is currently down nearly 50 percent from its peak. 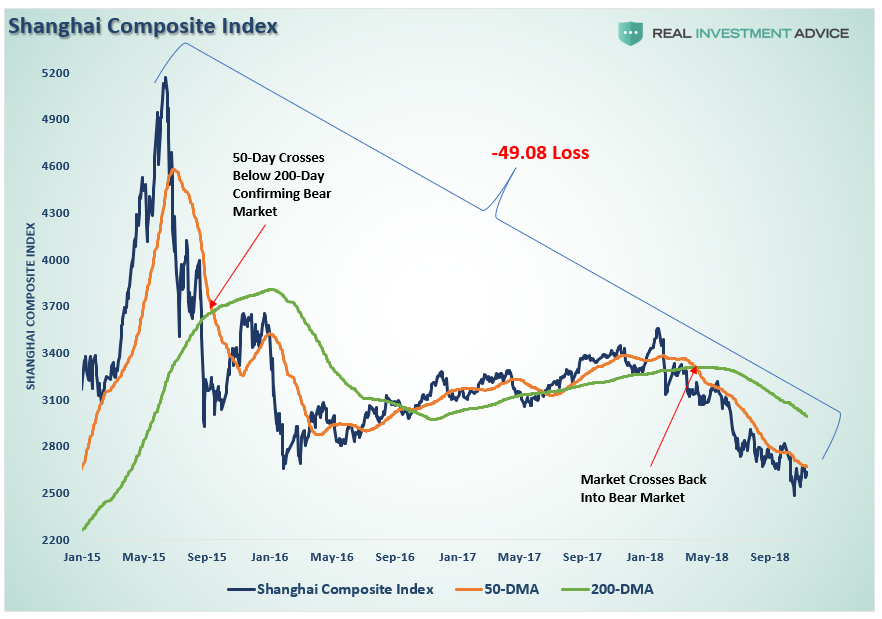 What is important about China, besides being a major trading partner of the U.S., is that their economy has been a massive debt-driven experiment from building massive infrastructure projects that no one uses; to entire cities that no one lives in. However, the credit-driven impulse has maintained the illusion of economic growth over the last several years as China remained a major consumer of commodities. Yet despite the Government headlines of economic prosperity, the markets have been signaling a very different story.

In the U.S., the story is much the same. Near-term economic growth has been driven by artificial stimulus, government spending, and fiscal policy which provides an illusion of prosperity. For example, the chart below shows raw corporate profits (NIPA) both before, and after, tax. 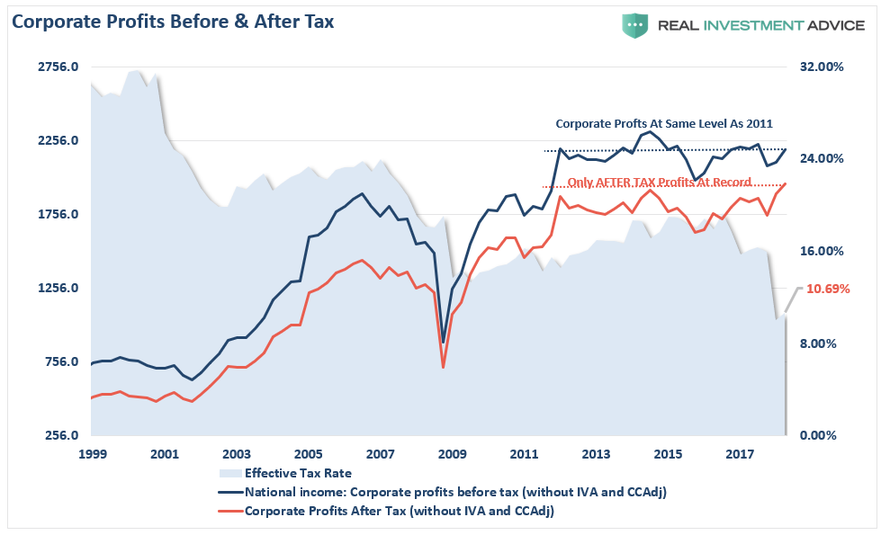 Corporate profitability is a lagging indicator of the economy as it is reported “after the fact.” As discussed previously, given that economic data in particular is subject to heavy backward revisions, the stock market tends to be a strong leading indicator of recessionary downturns. 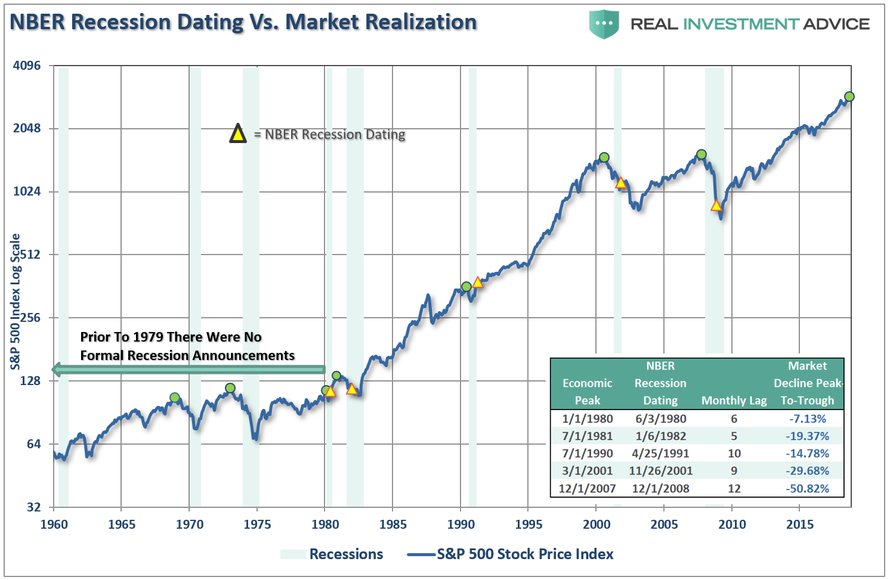 Prior to 1980, the NBER did not officially date recession starting and ending points, but the market turned lower prior to previous recessions.