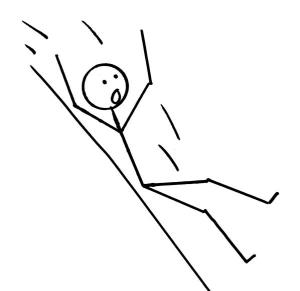 Social media companies, search engines, and payments platforms are excising conservative, libertarian, and assorted anti-government voices. SLL argued in “The Friendly Faces of Fascism” that the largest and best known of these companies were essentially arms of the government. They are mechanisms for conveying information, opinions, and commerce between billions of people. Given their reach, importance, and ties to the government, should these ostensibly private companies be subject to the First Amendment’s prohibition of government restriction of free speech and the free press?

The First Amendment states that: Congress shall make no law respecting an establishment of religion, or prohibiting the free exercise thereof; or abridging the freedom of speech, or of the press; or the right of the people peaceably to assemble, and to petition the Government for a redress of grievances. By its terms, the amendment applies to one institution, Congress. By necessary implication, freedom of speech and the press must also be the freedom to choose what not to speak or publish.

In Pruneyard Shopping Center v. Robins, 447 U.S. 74 (1980), the Supreme Court held that California’s Constitution permissibly required a private shopping center to allow a group to express its political views on shopping center property regularly held open to the public. California’s Constitution created an affirmative right of free speech that the court reasoned went beyond the First Amendment, which is a set of prohibitions on the government, or negative rights.

Those who argue that the social media companies, search engines, and payments platforms shouldn’t be allowed to suppress viewpoints they don’t like hang their rhetorical hats on the Pruneyard rationale. These companies are virtual public forums or enable such forums, the argument goes. As such, they should be required to accept all viewpoints.

← Is The Long-Anticipated Crash Now Upon Us? The biggest of big pictures →