Home » Economics » Keep Going. This Too Shall Pass.

Keep Going. This Too Shall Pass.

By olduvai in Economics, Geopolitics, Survival on March 30, 2018. 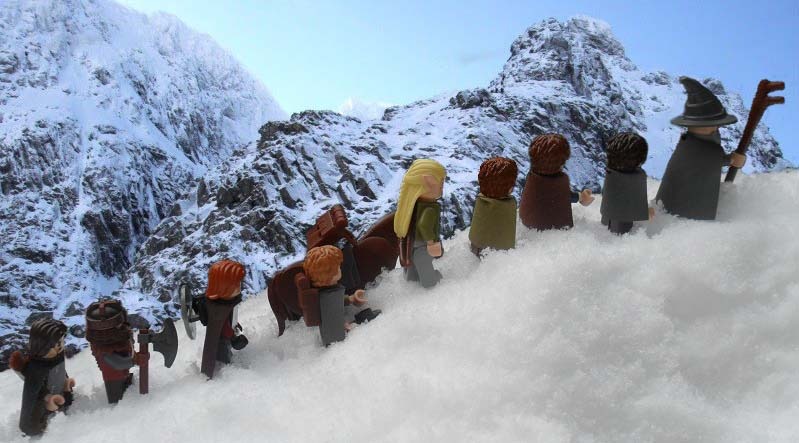 Like the weather when a storm approaches, or as the seasons turn, or waves pounding on a shoreline, any deviations are measured and compared by speed and intensity.  The same can be said for headlines:  Omnibus, discouraged Deplorables, rumors of war, prospects of peace, economic bubbles, fluctuating markets, and political intrigue.  Round and round it goes; when it ends, nobody knows. It’s a time of transition; and when traveling over mountaintops, through valleys, and on rough seas, no one has all of the answers.

Even when looking at maps.

The books, “Generations” (1992) and “The Fourth Turning“ (1997), were written by the historians William Strauss and Neil Howe. These recent explorers identified recorded cycles of history and categorized them across multiple cultures and eras.  In both books, historical timelines were analyzed and populations were correlated to specific life-cycles labeled as generational types.  Strauss and Howe additionally addressed the concept of time in the context of both circular and linear perspectives and defined what is called a “saeculum” as a “long human life” measuring roughly 80 to 90 years.  Every saeculum is comprised of four turnings, each lasting around 20 years.

Just as there are four seasons consisting of spring, summer, fall and winter, there are also four phases of a human life represented in childhood, young adulthood, middle age and elderhood.  As each phase of human life represents approximately 20 years, so is each generational archetype identified within the historical cycles, or turnings, as follows. 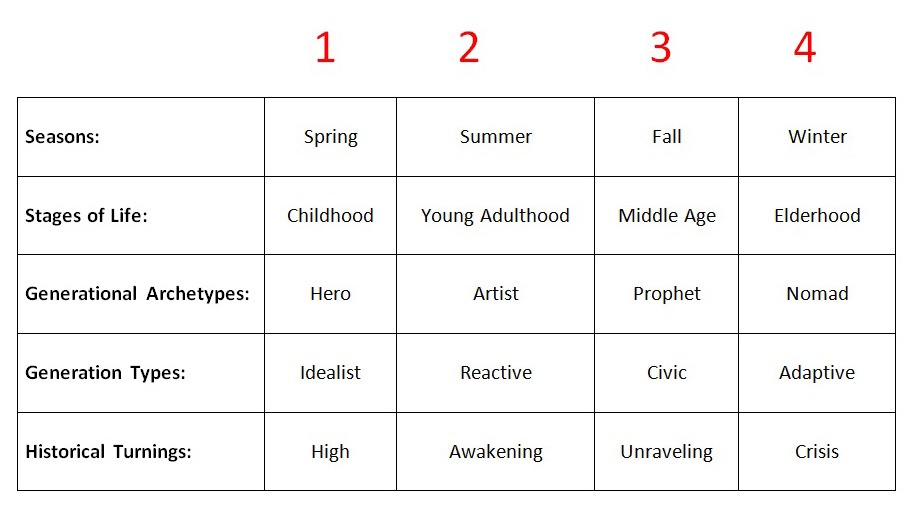