U.S. Intelligence Crisis Poses a Threat to the World

Privatized and politicized intelligence is undermining the mission of providing unbiased information to both high-level decision makers and the American public, explains George Eliason in this first of a three-part series.

Back in 1991, during the dissolution of the Soviet Union, the general consensus of the intelligence community was that America needed a strong Russia. Russians bore the weight of dismantling the Soviet Union and an internally strong and stable Russia was considered the biggest stable democratic government in the hemisphere. 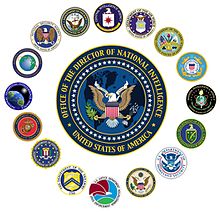 A strong Russia provides stability throughout the region. Without a strong and stable Russia, the massive Russian Federation would descend into small nationalist countries. Warring nations and instability would be the norm and not the exception.

For its part, Russia also needs an internally and externally strong America, as does the world. A weak America that is susceptible to overthrow would be the largest threat that nobody wants to talk about. Such a strong America requires professional and competent intelligence services.

On the other hand, if U.S. intelligence are questionable and untrustworthy, there is no single greater threat to the planet today. Members of an intelligence community who try to circumvent the democratic process should be prosecuted no matter who they are or who they are trying to undermine.

This three-part article series is a top-down look at the deep state. Its purpose isn’t to identify every company and every player. Instead, this lead-in is a primer showing the layout of the land at the highest levels and why things have gone so very wrong inside the intelligence community.

The second part will show how the top level relates to the next level down with contractors and companies that deal with public issues, public policy, and commit illegal actions.