Hundreds of thousands of people – 750,000 according to Barcelona police – backing Catalonia’s bid to secede from Spain clogged the streets in downtown Barcelona Saturday to demand the release of jailed separatist leaders.

Close to a million people filled the length of the Avenue Marina that runs from the beach to Barcelona’s iconic Sagrada Familia church, while the jailed leaders’ families made speeches.

Here’s what this looks like on the ground pic.twitter.com/7uZP1EUbk0 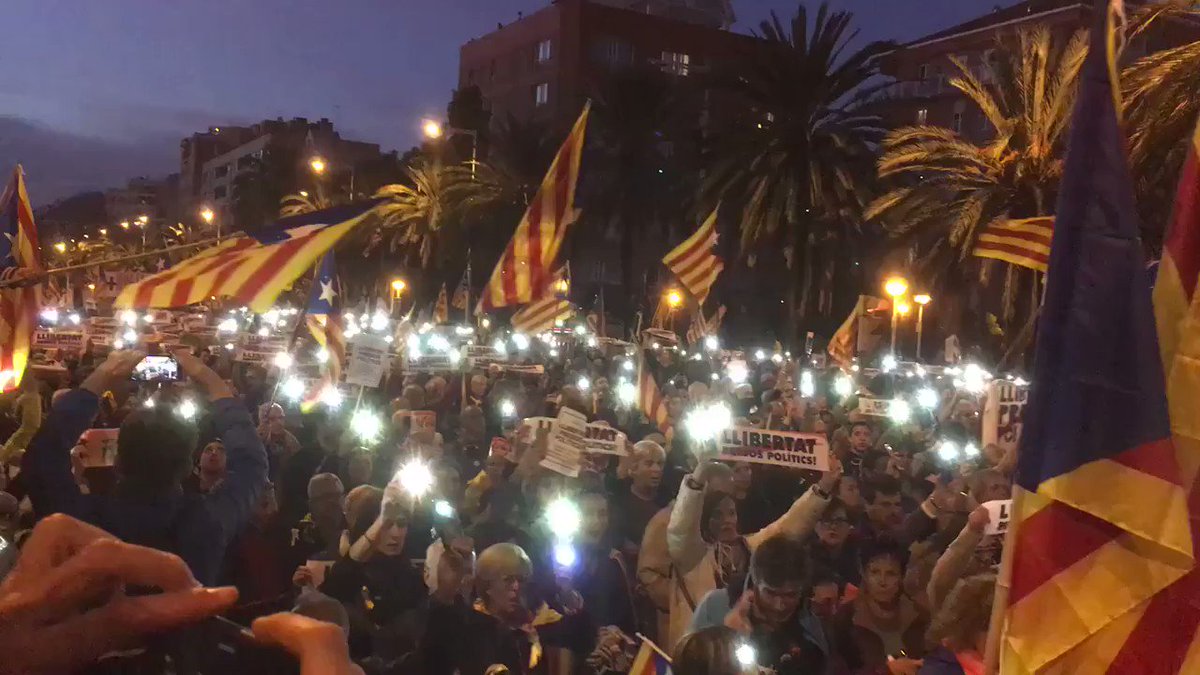 As AP reports, the rally’s grassroots organizers called for 10 prominent members of the secessionist movement in the northeastern Spanish region to be freed from prison.

Eight former members of Catalonia’s dissolved Cabinet and two activists are in jail while Spanish authorities investigate their alleged roles in promoting an illegal declaration of independence last month in violation of Spain’s Constitution.

A separate court in Madrid granted bail on Thursday to another six Catalan lawmakers – including Catalan parliament’s speaker Carme Forcadell – also being investigated over the secession push. Forcadell was released after agreeing to renounce any political activity that went against the Spanish constitution, according to the court’s ruling, in effect banning her from campaigning for independence in the December election. Those terms threaten to undermine the independence movement just as cracks are starting to appear and tensions rise between the grassroots and their leaders.

Still, there were few cracks on display Saturday: “We want to tell the world that we want freedom for our prisoners and freedom for Catalonia,” Agusti Alcoberro, the vice president of grassroots group National Catalan Assembly, told the crowd in Barcelona, the region’s capital.

Many of the protesters carried pro-independence “estelada” flags, with its white star and blue triangle superimposed over the traditional red-and-yellow Catalan colors.