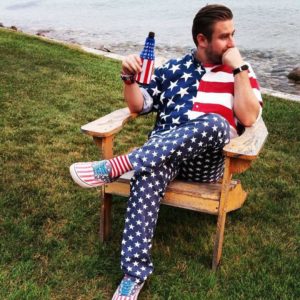 It’s been close to a year since Seth Rich, the 27 year old computer expert who worked for the DNC, was murdered – shot twice in the back without anything of value taken from him.  Rich was found alive and in shock before he bled out – his death ruled nothing more than a botched robbery.

Many suspect Rich was the source of the leaked DNC emails provided to WikiLeaks – a rumor which was fueled by the odd circumstances surrounding his death, the sudden retirement of D.C. Police Chief Cathy Lanier five weeks after the murder, and an email John Podesta sent to Hillary’s inner circle about making an example of a suspected leaker.

Podesta: “I’m definitely for making an example of a suspected leaker whether or not we have any real basis for it.” https://www.wikileaks.org/podesta-emails/emailid/36082#efmAGSAH- …

In the aftermath of the shooting, the Rich family hired a private investigator – Rich Wheeler, a former D.C. homicide detective who says evidence on Seth Rich’s laptop suggests that he was in contact with WikiLeaks prior to his death.

Furthermore, Wheeler believes there has been a cover-up

When we asked Wheeler if his sources have told him there is information that links Rich to Wikileaks, he said, “Absolutely. Yeah. That’s confirmed.”

“I have a source inside the police department that has looked at me straight in the eye and said, ‘Rod, we were told to stand down on this case and I can’t share any information with you.’ –Fox5

← Comey and the End of Conversation ‘The worst scenario’: What if Canada’s real estate bubble bursts? →