Venezuela at risk of unravelling as economic, energy turmoil deepens

Venezuela at risk of unravelling as economic, energy turmoil deepens 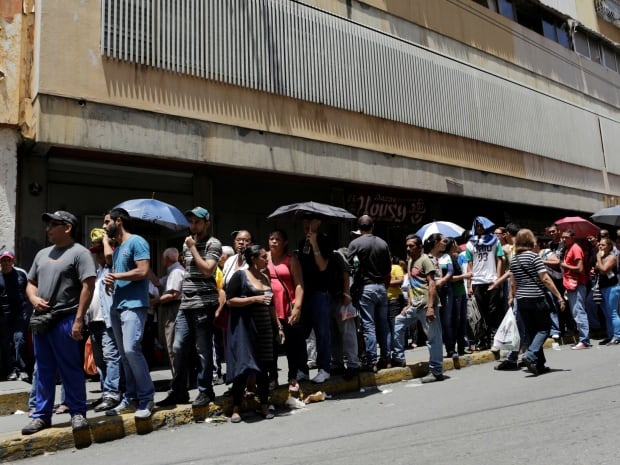 So much is riding on the onset of the rainy season in Venezuela, where people across the drought-stricken country lined up on April 28, 2016, to buy food. So far, Caracas is being spared from energy-saving blackouts but its suburbs are increasingly being left in the dark. (Marco Bello/Reuters)

A devastating drought has brought Venezuela, already facing economic and energy crises amid simmering political unrest, to the brink and threatens the future of the oil-rich nation.

“Simply put, a natural disaster is making a man-made disaster much worse,” said Donald Kingsbury, a professor of political science and Latin American studies at the University of Toronto.

The “man-made disaster,” in this case, is a heavily petroleum-dependent, state-run economy gutted by the precipitous drop in crude oil prices.

Inflation will reach 720 per cent some time this year, the International Monetary Fund estimates, and the economy will contract another 10 per cent. Food staples and essential medicines are increasingly scarce. The costs of basic goods and services has skyrocketed. Incomes, for those lucky enough to still have one, are stagnant. 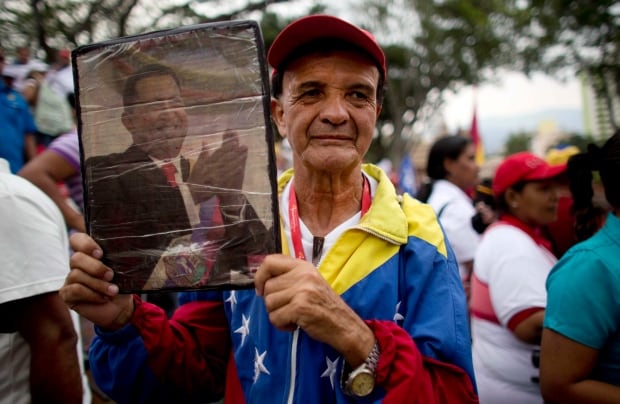 “People are fed up, from all over the political and social spectrum. At this point, it may not take much for things to erupt,” said Kingsbury.

The worst drought to hit Venezuela in almost half a century could be the catalyst, he said.

← Why you can’t argue with a “modern” May Day rallies turn violent in Europe, Turkey as police & protesters clash (VIDEOS) →