Canada due for debt crisis and recession, economist argues

Canada due for debt crisis and recession, economist argues

Credit growth has to stop at some point, and then economy shrinks, argues Steve Keen 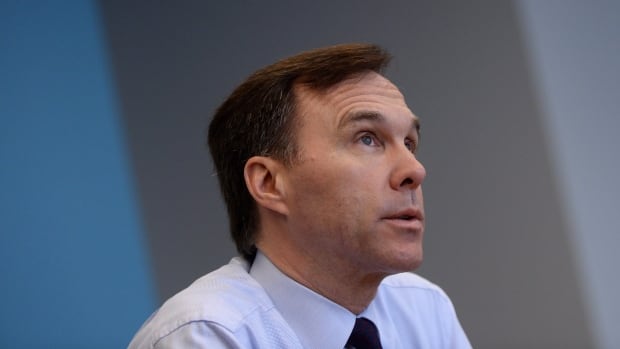 Finance Minister Bill Morneau has just delivered a budget that will put Canada deeper in debt. A Forbes columnist argues that puts Canada on track for a credit crisis. (Sean Kilpatrick/Canadian Press)

An economist writing for Forbes magazine has tapped Canada as one of seven countries in the world that are due for a debt crisis and an ensuing recession in the next one to three years.

The trigger will be too much credit, with companies and individuals discouraged from borrowing because their debt is too high and banks then balk at lending, said Steve Keen, head of the school of economics, politics and history at Kingston University London.

A critic of conventional economics, he argues that economists failed to anticipate the global financial crisis of 2008 because they ignored the phenomenon of banks lending too much money.

That’s the situation Canada is approaching now, along with China, Australia, Sweden, Hong Kong, Korea and Norway, he writes in “The seven countries most vulnerable to a debt crisis.”

Government stimulus programs and programs to support first-time home buyers can postpone the pain, he argues, but credit cannot keep growing at such a rapid rate, unless GDP is growing more rapidly.

Soon to be ‘walking wounded’

“When it arrives, these countries — many of which appeared to avoid the worst of the crisis in 2008 — will join the world’s long list of walking wounded economies,” Keen says.

← We’re Not Going To Make It… Farewell fossil fuels? Biomass broken down without chemicals for 1st time, study claims →