The story assignment from The National was simple. Go to Alberta and talk to regular people about the crash in the price of oil. Humanize the downturn.

Harsh economic numbers coming out of Alberta aren’t hard to find. A projected deficit of $10.4 billion. An unemployment rate of 7.4 per cent, the highest mark since 1996.

Then there was the startling projection from the Conference Board of Canada last week that Alberta will be the only province to see its economy shrink in 2016.

But what do these figures mean for people? How the downturn affects individual lives is much harder to figure out.

It is not always easy to get people to talk about these kinds of things. People who’ve just lost their jobs are busy trying to find another one, or they’re embarrassed by their situations.

But here are three people who agreed to speak to us and share some of their personal experiences during Alberta’s current downturn. 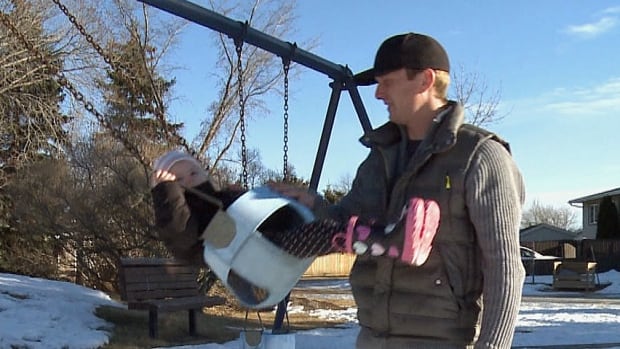 Warren Sonnenberg, in Camrose, says one of the harder things is having friends and neighbours who are too upset to talk about their own situations. (CBC)

Sonnenberg, 35, worked for five years on a drilling rig in the oil patch. He started at the bottom as a leasehand and worked his way up to derrickhand. Before he was laid off in January he was making $40 an hour. He never thought the good times would end.