Home » Environment » Ten years that changed everything; and prevented all change

Ten years that changed everything; and prevented all change

Ten years that changed everything; and prevented all change 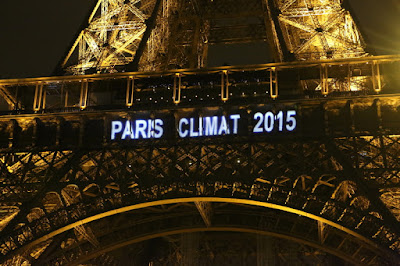 We are one month away from the COP-21, in Paris, that should change everything – and will probably change nothing relevant. But change does occur, even though in ways that often surprise us, and in ways we may not like to see. The past decade has been a period of enormous changes and, also, a decade of gigantic efforts aimed at avoiding change at all costs. It is one of the many contradictions of our world. So, let me try to tell the story of these difficult years.

– The acceleration of climate change. In 2005, climate change seemed to be still a relatively tame beast. The scenarios presented by the IPCC (at that time updated to 2001) showed gradual temperature increases and the problems seemed to be decades away – if not centuries. But 2005 was also the year when it became clear that limiting warming to no more than 2 degrees C was much more difficult than previously thought. At the same time, the concept that climate change is a non linear process started to penetrate the debate and the danger of the “runaway climate change” was more and more understood. The events of the decade showed the rapid progression of climate change. Hurricanes (Katrina in 2005, Sandy in 2012, and many others), the melting of the ice caps, the melting of the permafrost, releasing its deadly charge of stored methane, giant forest fires, entire states going dry, the loss of biodiversity, the acidification of the oceans, and much more. It was found that high temperatures affect humans more than it was believed and, as a last straw, that the negative effects on the human behavior of increasing CO2 concentrations are much more important than previously believed. We are discovering with horror that we are transforming our planet into a gas chamber and we don’t know how to stop.

← Exxon: We knew climate change was a real threat (but we didn’t want you to) What is Degrowth? Envisioning a Prosperous Descent →