Rembrandt van Rijn Student at a table by candlelight c.1642

We would by now have expected the narrative surrounding COVID19 to be simpler to understand, but it’s not. We may understand much more about the disease and everything that has to do with it, but we’re finding there is so much that has been left unsaid, not discussed, neglected.

The discussion has been stuck in an All Else Being Equal (Ceteris Paribus) mode, but all things do not remain equal. It’s not even as if you get rid of the disease, all your problems go away. Not only do various COVID measures inflict huge damage on economies, on people’s jobs and incomes, they also cause entire new sets of health problems.

Epidemiologists and virologists are not equipped for such massive problems. They may be able to say the odd wise word in their field -and even that will be 90% rear-view mirror stuff, because they must compare what they see to what happened in the past-, but the disease doesn’t only affect their field. It affects many fields they have no knowledge of.

Their ideas are then taken on board by economists, not exactly the most scientific of sciences, and off go the government policies. But that was 6-7 months ago, and we learned so much since, right? By now we have involved for instance mental health experts on a large scale, right? Yeah, sure.

The point is, you can’t force lockdowns, masks etc. onto people, without looking at what the consequences of that will be. Because all things do not remain equal for 6-7 months.

Pretty much all I do here is sit and look at what humanity’s overall problems seem to be and find different ways to point at those problems and talk about them.

The longer I do this, the clearer it becomes that there isn’t actually any separation between the struggle of our species to find a sane way of operating on this planet, and the struggle of the individual to find inner peace. It’s all one unified network of delusion, with threads tracing all the way up to the largest power structures in the world and all the way down into the innermost psyche of every individual.

The deluded psychological fixations of identification, fear and insecurity which drive our personal sufferings are also used by the powerful to manipulate the masses into believing establishment-generated narratives, creating a kind of fractal pattern in which the unhealthiness of the whole resembles in shape and movement the unhealthiness of the individuals who comprise it.

Because this fractal delusion network is a unified whole stretching from the innermost recesses of the individual mind to the outermost reaches of transnational power, any attempt to heal it on any level is also part of an indivisible whole as well. In the same way you can’t separate the action of an individual antibody attacking an individual pathogen from the overall recovery of the entire immune system from a sickness in the body, you can’t separate any personal endeavor to free oneself of any kind of interior misunderstanding from the overall struggle of our species to find a healthy way of relating to each other and to our ecosystem.

A team of researchers from Greece, the U.K., and Canada evaluated the antidepressant effects of aerobic exercise on people suffering from clinical depression. The research team looked at 11 studies with a total of 455 adult participants.

Instead of taking antidepressant drugs – which is the conventional treatment for depression – the participants underwent supervised moderate-intensity aerobic exercise for an average of 45 minutes, thrice a week for a period of 9.2 weeks. (Related: Stopping exercise can plunge people back into depression after only THREE DAYS, study concludes.)

The results showed that the exercise routine significantly improved the symptoms of depression, regardless of their severity. In addition, in trials for individuals with a lower risk of clinical depression, aerobic exercise produced moderate-to-large antidepressant effects. For trials with short?term exercise interventions or up to four weeks, exhibited large antidepressant effects.

Based on these findings, the research team concluded that aerobic exercise can relieve symptoms of depression and may be used as an effective treatment for this mental illness.

Depression is a life-threatening and burdensome mental illness. In recent years, the number of people suffering from this mental illness has increased. According to the World Health Organization (WHO), around 300 million people around the world suffer from depression. Furthermore, it is estimated that 15 percent of the adult population will experience depression at some point in their lives.

Young people are growing ever more depressed. Is modern life to blame? 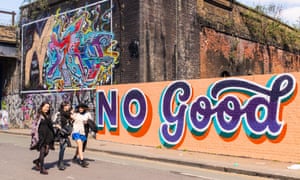 Anxiety and depression are isolating illnesses, but sufferers are hardly alone: according to a new book, the number of young Americans who’ve struggled with these mental health issues over the last 80 years has increased steadily. Sociologist Jean Twenge, the author of Generation Me: Why Today’s Young Americans Are More Confident, Assertive, Entitled – and More Miserable Than Ever Before, told New York magazine this week that her research had led her to conclude that “modern life is not good for mental health”. By measuring the frequency of symptoms associated with anxiety and depression – poor sleep, memory problems, concentration problems, and difficulty learning – Twenge came to believe that our forefathers and mothers were much happier that we are today. Or, at least, that they were less depressed and anxious.
Mental illness is a result of misery, yet still we stigmatise it | Richard Bentall

This upswing in mental illness doesn’t surprise me. I am one of those young Americans. Or rather, I was: 20 years ago, I was first diagnosed with and treated for major depression. I was 14. I’m less young, now, but I know that it’s likely that I’ll always be depressive.

Official data from Fukushima show that nearly 2,000 people died from the effects of evacuations necessary to avoid high radiation exposures from the disaster.

The uprooting to unfamiliar areas, cutting of family ties, loss of social support networks, disruption, exhaustion, poor physical conditions and disorientation can and do result in many people, in particular older people, dying.

Increased suicide has occurred among younger and older people following the Fukushima evacuations, but the trends are unclear.

A Japanese Cabinet Office report stated that, between March 2011 and July 2014, 56 suicides in Fukushima Prefecture were linked to the nuclear accident. This should be taken as a minimum, rather than a maximum, figure.

It is necessary to include the mental health consequences of radiation exposures and evacuations. For example, Becky Martin has stated her PhD research at Southampton University in the UK shows that “the most significant impacts of radiation emergencies are often in our minds.”

She adds: “Imagine that you’ve been informed that your land, your water, the air that you have breathed may have been polluted by a deadly and invisible contaminant. Something with the capacity to take away your fertility, or affect your unborn children.

“Even the most resilient of us would be concerned … many thousands of radiation emergency survivors have subsequently gone on to develop Post-Trauma Stress Disorder (PTSD), depression, and anxiety disorders as a result of their experiences and the uncertainty surrounding their health.”

It is likely that these fears, anxieties, and stresses will act to magnify the effects of evacuations, resulting in even more old people dying or people committing suicide.

Such considerations should not be taken as arguments against evacuations, however. They are an important, life-saving strategy. But, as argued by Becky Martin,

“We need to provide greatly improved social support following resettlement and extensive long-term psychological care to all radiation emergency survivors, to improve their health outcomes and preserve their futures.”

How we can better cope with adversity

We often break the topic of “Resilience” down into 3 categories: financial, physical and emotional. The first two are much more tangible and more frequently and easily discussed. But it’s the last that likely matters most.

No matter how large your bank account or how well-stocked your homestead, no one can be completely prepared for every potential eventuality. And nothing ever goes 100% according to plan. In the times when it doesn’t, it’s our emotional fortitude that determines how well we fare.

As we often observe: it’s not the specific insult that determines our fate. It’s our reaction to it.

So how does one go about cultivating a higher degree of emotional resilience? To address that important question, Chris welcomes psychologist, mental health specialist and author John Arden to the program, for a neuroscience-heavy exploration of how to do just that.

How To Be As Prepared On The Inside As On The Outside, by A.K. – SurvivalBlog.com

How To Be As Prepared On The Inside As On The Outside, by A.K. – SurvivalBlog.com.

So, you have made your basement bomb-proof, installed solar panels, dug a well, and canned enough food to last ten years. You’ve engineered, on your own, a heating system that is not reliant on electricity, and you’ve rigged a longer-lasting septic system. You’ve stocked up on guns and ammo, bought night vision goggles, mapped all your exits, created an EMP-proof shelter for your electronics, stocked up on medicine and herbs, planted a garden, invested in silver, got a gas mask, and bought enough nutella and coffee for trading value.

Most prepers would reply, “More ready than that.” It may be so. That is, to say, in material needs. However, the question is: what are you preparing for? A short burst of chaos? A season of trials? A period of transition? Perhaps you’ve been preparing with the thought, just in case, while continuing to make plans for your future. Or, maybe there’s the thought in your mind that you are so well prepared that even if things go drastically bad, you’ll hardly even notice. There will be no ripples in your pond.

However, have you prepared your mind or more importantly your spirit? A season of change is upon us, and most people can feel the vibe in the air, like the static before a big storm. We all know it’s coming. It will rip through our comfortable lives and change the world we have become accustomed to; a world that has been shifting and moving through the ages but always seems to get itself upright in the end.