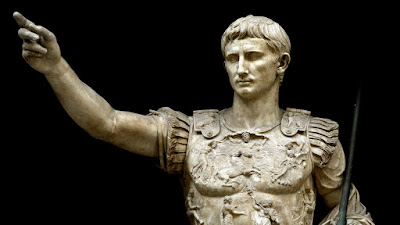 Octavianus Augustus Caesar (63 BC – 14 AD). Perhaps the most successful leader in history, he didn’t just become the absolute ruler of the Roman State, but took over the role of the highest religious authority (the “Pontifex Maximum”) and transformed himself into a living deity. Turning a democracy into a dictatorship is a pattern that was repeated many times in history, but that was not always successful. It was the case of the 9/11 attacks that did not lead to an absolute dictatorship in the United States. Here, I argue that it was because of the different structure of the memesphere in the 21st century.

In 30 BC, Octavianus, later to be known as “Augustus Caesar,” defeated his remaining competitors for the control of the Roman state, Marcus Antonius and Cleopatra, and took the title of “Augustus,” the absolute ruler of the Empire. The most fascinating element of this story is how Octavianus established the pattern of how a successful leader takes over the government and concentrates all power on himself. The recipe goes as follows:
This is what Augustus did: his money came initially from the inheritance he obtained from his grand-uncle, Julius Caesar, but surely also from the support of high-level people who wanted tight control of the Roman State. He used the money to acquire a military force that he used to intimidate the Senate and defeat his competitors…