Exxon Mobil’s Melbourne refinery is closing and will be converted into a fuel import terminal. The Australian public broadcaster has found the right title for its article:

The refinery has a capacity of 86 kb/d, around 10% of Exxon Mobil’s Asia Pacific capacity.

“The Altona refinery produces up to 14.5 million litres of refined products per day.
Petrol represents approximately 60 percent of production [8.7 ML/d], with diesel representing a further 30 percent [4.35 ML/d] and jet fuel around 10 percent [1.45 ML/d]. The percentage of each product depends on the type of feedstock used – different types of crude oil, for example, will produce more or less LPG from the refining process.

Around 90 percent of products are transported by pipeline from the refinery to Mobil’s Yarraville terminal and other industry terminals for distribution by road.

The refinery supplies feedstock for the nearby Altona chemical complex, which in turn supplies feedstocks to a number of petrochemical manufacturing plants at Altona. These plants produce the raw material from which a multitude of consumer products are made.”

How much is that compared to Victoria’s fuel sales?

Let’s stack it all up: 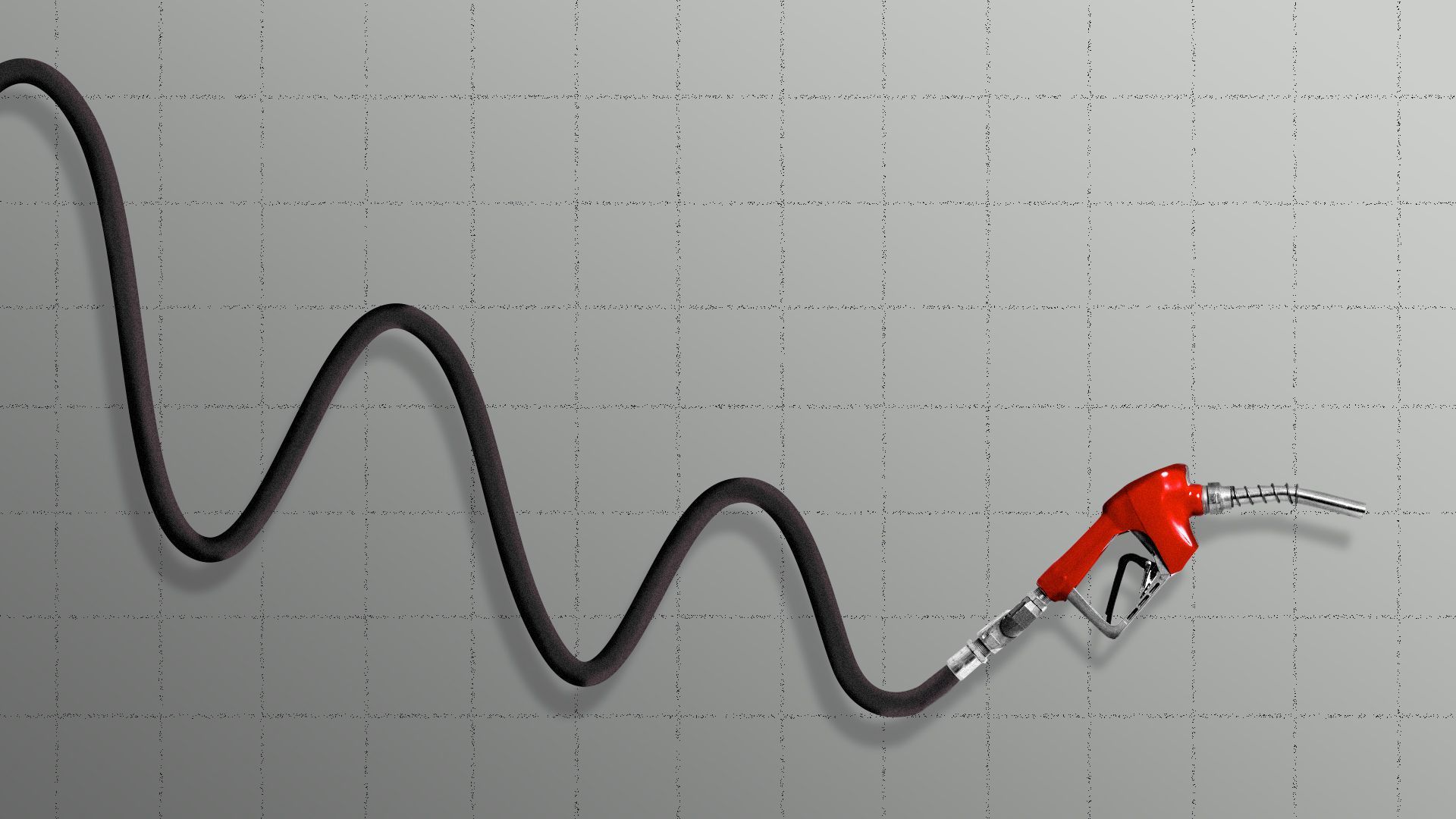 The decline of ExxonMobil has been remarkable in its magnitude and unexpectedness.

Why it matters: While all major oil companies are facing troubles, Exxon has fallen the farthest, in large part because it has made the biggest bets on oil and gas — and the smallest bets on renewable energy.

Losses and layoffs notwithstanding, Exxon is still spending roughly $15 billion on sending a $3.48-per-share dividend to shareholders this year.

Flashback: The oil giant was the largest company in the world, measured by market value, as recently as 2013.

What Oil Companies Face: The WTF-Collapse of Consumption of Gasoline & Jet Fuel from Long-Term Weakness

Transportation fuel demand rose to where it had been in … 1997.

On Friday, Exxon Mobil reported a 29% plunge in revenue in the third quarter, and a loss of $680 million – its third loss in a row, the three of them totaling $2.34 billion. And it warned of possible “significant impairment” charges on “assets with carrying values of approximately $25 billion to $30 billion,” mostly related to its North American shale gas operations. The day before, it had announced job cuts of 14,000 employees and contractors globally, including about 1,900 folks at its Houston headquarters.

Chevron [CVX], which completed the acquisition of Noble Energy in early October, announced this week that it would lay off about one quarter of Noble’s employees. Those layoffs are in addition to the cuts of 10%-15% it’s planning for its own workforce. The cuts at Noble amount to nearly 600 people, and the cuts at Chevron amount to 4,500 to 6,750 folks.

Exxon shares [XOM] have plunged 53% year-to-date to $32.62 on Friday, and thereby edged closer to their March 23 decade-low of $31.45. In July 2014, at the cusp of the Oil Bust, XOM reached a high of $135, having since then plunged by 75%.  Exxon’s dividend yield is now over 10%, but everyone knows that, like other oil companies, Exxon could reduce or eliminate its dividend if push comes to shove.

Bankruptcies by US shale oil and gas companies with less heft and diversification than Exxon and Chevron have turned into a flood. The debts listed in the bankruptcy filings over the first nine months of 2020 reached $89 billion and surpassed year-total filings in the prior peak oil-bust year 2016.

Last September, when the price of oil was well below where it had been trading for the bulk of the past several years,  we reported that NY Attorney General Eric Schneiderman was probing why Exxon Mobil hasn’t written down the value of its assets, two years into a pronounced crash in oil prices. The complaint was simple: out of the 40 biggest publicly traded oil companies in the world, Exxon – then still led by now Secretary of State Rex Tillerson – was the only one that hasn’t booked any impairments in the prior 10 years.

As the WSJ wrote at the time, “since 2014, oil producers world-wide have been forced to recognize that wells they plan to drill in the future are worth $200 billion less than they once thought, according to consultancy Rystad Energy. Because the fall in prices means billions of barrels cannot be economically tapped, such revisions have become a staple of oil-patch earnings, helping to push losses to record levels in recent years.” And yet, Exxon had – until the later half of 2016 – declined to take any write-downs, the only major oil producer not to do so, which has led some analysts to question its accounting practices.

Maybe the NYAG was on to something?

To be sure, the company had played down the criticism, saying it is extremely conservative in booking the value of new potential fields and wells. That reduced its exposure to write-downs if the assets later prove to be worth less than expected. Then again, not even the most “conservative” company could have factored in oil crashing from $100 to $42 without that impacting the balance sheet.

Is Mexico Ready For Life Without Its Sugar Daddy?

Is Mexico Ready For Life Without Its Sugar Daddy?

The autopsy has already begun.

As the world’s attention is transfixed by every new development in Chapo Guzman’s latest audacious prison break, something much more important – and potentially more dangerous – is happening in Mexico. Yesterday the country held its first auction of offshore oil leases, bringing to an end 77 long years of state control over energy.

Until yesterday, Petróleos Mexicanos, A.K.A. Pemex, the state oil company, ran all oil and gas production in Mexico. But that has now changed. With it a new age has begun, one in which Mexico’s energy sector will finally get the funds it needs to extract the vast hydrocarbon resources it has at its disposal. It will also get the technology it needs for deepwater drilling in the Gulf of Mexico as private companies, in particular from the US and the UK, provide essential know-how and best practices. In short, it is a perfect win-win for all concerned…

Or at least it was supposed to be, until the bottom fell out of the global oil markets. Now the stagnant market is overwhelmingly in the buyer’s favor and yesterday, as Bloomberg reports, the buyers weren’t interested in buying:

Mexico’s first auction of offshore oil leases fell short of the country’s expectations as several majors decided not to participate.

Only two of the 14 shallow-water blocks released on Wednesday received qualifying bids. Exxon Mobil Corp., Chevron Corp. and Total SA passed on the country’s sale of territory in the Gulf of Mexico, 77 years after the country nationalized crude. The 14 percent success rate was less than half the 30 percent to 50 percent goal that the government said would be its minimum for judging the event a success.

Get Ready for Oil Deals: Shale Is Going on Sale

Get Ready for Oil Deals: Shale Is Going on Sale

(Bloomberg) — A decision by Whiting Petroleum Corp., the largest producer in North Dakota’s Bakken shale basin, to put itself up for sale looks to be the first tremor in a potential wave of consolidation as $50-a-barrel prices undercut companies with heavy debt and high costs.

For the first time since wildcatters such as Harold Hamm of Continental Resources Inc. began extracting significant amounts of oil from shale formations, acquisition prospects from Texas to the Great Plains are looking less expensive.

Buyers are ultimately after reserves, the amount of oil a company has in the ground based on its drilling acreage. The value of about 75 shale-focused U.S. producers based on their reserves fell by a median of 25 percent by the end of 2014 compared to 2013, according to data compiled by Bloomberg. That’s opening up new opportunities for bigger companies with a better handle on their debt, said William Arnold, a former executive at Royal Dutch Shell Plc.

“In this market, there are whales and there are fishes, and the whales are well armed,” said Arnold, who also worked as an energy-industry banker and now teaches at Rice University in Houston. “There are some very vulnerable little fishes out there trying to survive any way they can.”

Smaller producers with significant debt that depend on higher prices to make money are the most likely early targets for buyers such as Exxon Mobil Corp. or Chevron Corp., companies that have bided their time for years as the value of some shale fields soared to $38,000 an acre from $450 just a few years earlier.