Loosing polar ice, the Amazon and the fight against a coming recession

News stories and popular narratives on recent — and not so recent — events like how the economy got broke or why inflation is soaring focus too much on human decisions. As if ‘choices’ leading up to these events were made in a completely rational manner, and as if what would happen tomorrow were completely up to the people making the next round of decisions.

Pundits and politicians tend to refer to events in the age-old framing of good vs evil, people doing the right, or in case of evil folks, foolish things (1). This leads us to the widespread illusion, that all we have to do in case of trouble is to get rid of the wrong people and start doing things the right way (which is always ‘our way’ of course).

It is needless to say how much of a hubris this is. Human exceptionalism at its best. The world, classically understood through the concepts of money, politics and history — all human artifacts — is by definition human centered and thus miss a large swathe of the picture. Stories based on these human concepts naturally focus on the actor and not the scene the actor is playing its role. Just like stories of heroes and kings of old.

Our elites, trained in law schools, history classes and courses on neoclassical economics, however, cannot even think outside this rather narrow framing. Thing is, they do not even need to. Spinning stories masterfully built around money, politics, history and law is more than enough to launch people into power — but it fails exceptionally in driving us through the coming bottleneck.

The growing number of supply outages around the world are causing the oil market to become a lot more volatile, putting extra emphasis on every barrel that does or does not make it to market. That makes the infrastructure bottlenecks in West Texas a global concern.

There is quite a bit of debate about what’s going on in the Permian, and whether or not the shale industry will be able to keep up with heady production forecasts. The IEA predicts the U.S. will add 1.7 million barrels per day in 2018, followed by another 1.2 mb/d in 2019. 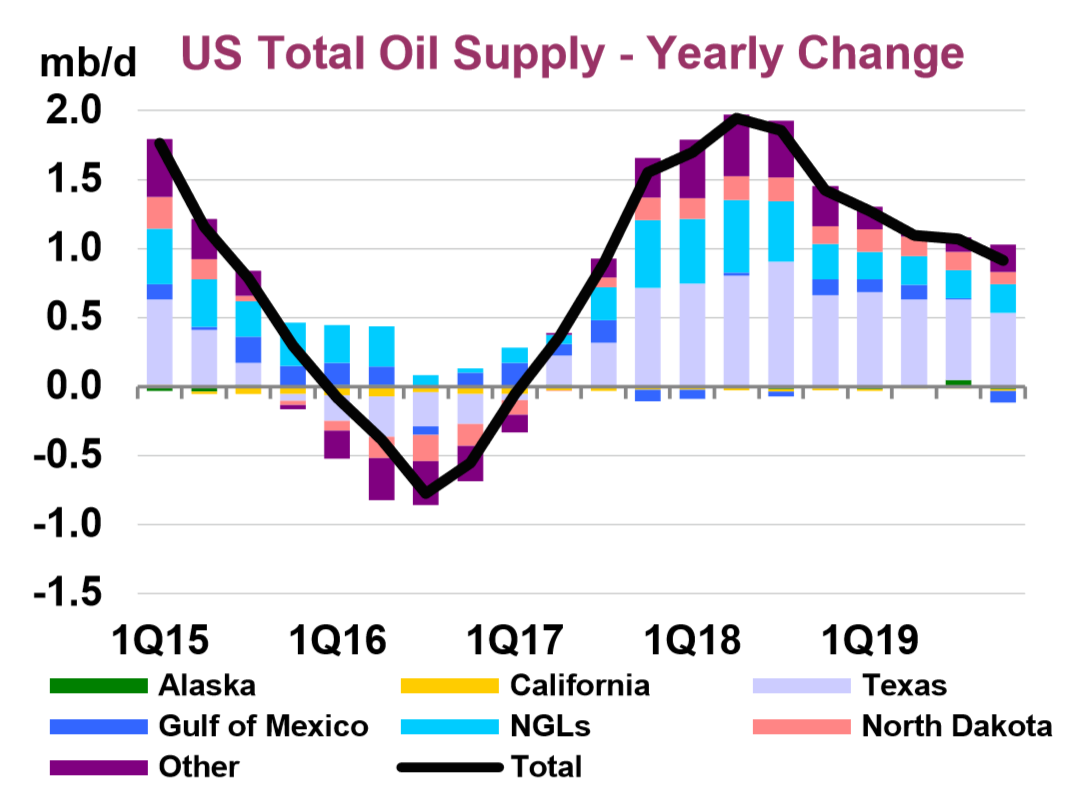 But by most accounts, the pipelines from the Permian to the Gulf Coast are either full or will be full in the next few months. That makes projections like the ones from places like the IEA look a bit optimistic, almost as if growth was simply extrapolated forward.

The Permian has roughly 3.1 mb/d of takeaway capacity, plus local refining capacity. There is theoretically some 300,000 bpd of train capacity, but a lot of that is being used to move frac sand, according to S&P Global Platts.

Amid reports that OPEC will likely decide to start easing production quotas after June 22 and an IEA forecast that electric vehicles will displace 2.5 million bpd in crude oil demand by 2030, some analysts remain upbeat about the future of oil prices, citing transport constraints in the U.S. shale patch as well as companies’ prioritization of returning cash to shareholders over investing in new production.

CNBC recently quoted one such analyst, Tamar Essner from Nasdaq Corporate Solutions, as saying “I think it’s temporary. I think the fundamental picture is still really strong. The market’s getting a bit dislocated right now based on a risk-off sentiment.“ Essner went on to note the 500,000-bpd fall in production in Venezuela and speculated that it could fall by another half a million barrels daily by end-2018. If this happens, he said, U.S. shale drillers would not be able to ramp up production quickly enough to meet growing demand.

Indeed, Venezuelan production has been sliding inexorably, and chances are that it will continue to fall until the year’s end, at least. However, U.S. drillers have increased their daily production since the start of the year by 1.28 million bpd already, if we are to believe EIA’s weekly production estimates and monthly reports, which have historically proven to be quite accurate.

So, that’s 1.28 million bpd more over five months. Even if the EIA is erring on the positive side, the increase in U.S. production could be around 1 million barrels daily, which would be enough to offset a Venezuelan production decline of the same proportions.