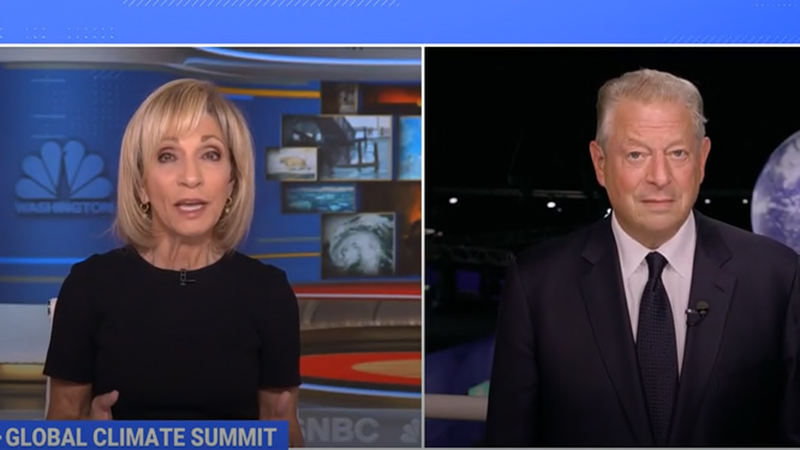 In the interview with MSNBC’s Andrea Mitchell, Gore declared that technology created by the so called Climate TRACE coalition will monitor greenhouse gas emissions and root out the culprits.

“We get data consistently from 300 existing satellites, more than 11,000 ground-based, air-based, sea-based sensors, multiple internet data streams and using artificial intelligence,” Gore explained, adding “All that information is combined, visible light, infrared, all of the other information that is brought in, and we can now accurately determine where the greenhouse gas emissions are coming from.”

Gore, who in 2008 said there would be no polar ice caps left within five years, continued, “And next year we’ll have it down to the level of every single power plant, refinery, every large ship, every plane, every waste dump, and we’ll have the identities of the people who are responsible for each of those greenhouse gas emission streams.”

And what, pray tell will happen to these climate criminals Al?

“If investors or governments, or civil society activists want to hold them responsible, they will have the information upon which to base their action and holding them responsible,” Gore proclaimed.

What Gore and his 300 satellites will find is that it is the elite super rich luxury class who are the world’s largest polluters.

There is a serious question that no one wants to address. How did Al Gore create the global warming scare and earn hundreds of millions of dollars in the process? Before Al Gore, science was worried deeply about what we are experiencing today — global cooling. On April 28, 1975, Newsweek magazine published an article in which they sounded the alarm bell and proposed solutions to deliberately melt the ice caps:

“Climatologists are pessimistic that political leaders will take any positive action to compensate for the climatic change, or even to allay its effects. They concede that some of the more spectacular solutions proposed, such as melting thearcticc ice cap by covering it with black soot or diverting arctic rivers, might create problems far greater than those they solve. But the scientists see few signs that government leaders anywhere are even prepared to take the simple measures of stockpiling food or of introducing variables of climate uncertainty into economic projections of future food supplies.”

This sounds very similar to today’s proposed solution of putting particles in the atmosphere to deflect the sunlight to reduce global warming.  Indeed, TIME magazine’s January 31, 1977, cover featured the cover story, “The Big Freeze.” They reported that scientists were predicting that Earth’s average temperature could drop by 20 degrees fahrenheit. Their cited cause was, of course, that humans created global cooling. Then suddenly the climate cycles shifted and it began to warm up.

Warning! Civilization at Risk, Crisis by 2040 (And Other Nonsensical Climate BS)

Check out these headlines.

The Intercept: FOSSIL FUELS ARE A THREAT TO CIVILIZATION, NEW U.N. REPORT CONCLUDES

Earther: We Have a Decade to Prevent a Total Climate Disaster

Q.What do all of those headline have in common?

A. They are all based on the same study. The study is riddled with huge numbers of blatant errors making the study for lack of better words, pure bullshit.

Watts Up With That reports BOMBSHELL: audit of global warming data finds it riddled with errors

Is Nature Preparing for a New Ice Age or a Pole Shift?

Is Nature Preparing for a New Ice Age or a Pole Shift? 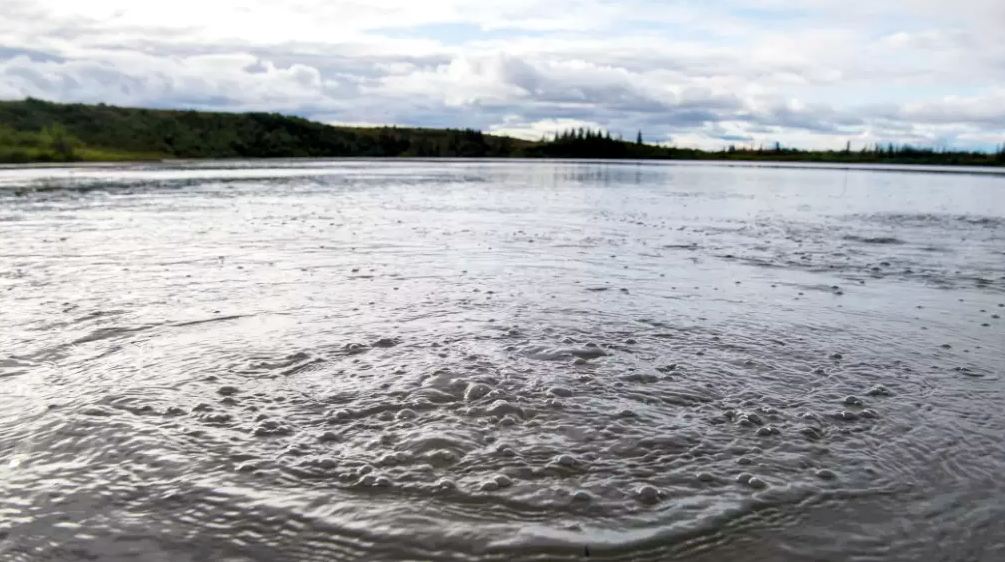 There is a very curious connection between lakes and volcanos in the Arctic. I just posted how there are kilotons of CO2 coming out of volcanos. There is a similar thing now showing up in lakes in the Arctic as well. There are about 300 lakes across the tundras of the Arctic. However, a scientist reportsthat she has never before ever seen a lake like this one. The lake looks like it is boiling. It is making a hissing sound and bubbles are rising to the surface like a pot of water which is on the stove. It is actually producing powerful greenhouse gas called methane that Europe is taxing farmers for because their cows produce it. Who should we tax for this one? Methane gas has escaped from the lake bed and the bubbles are as big as a grapefruit.

There has been a rise in volcanic activity under the ice caps at both the North and South Poles. Nobody knows if this is a prelude to a pole shift or is this simply a foreshadow of climate change and entering into a new ice age. What we do know is that melting ice does not result in rising sea levels, it results in the water evaporating and it comes back as snow which then increases the glaciers once again. The danger is that this entire Global Warming nonsense is ignoring how ice ages are even created!

In fact, The British Daily Mail is reporting that not only was this forecast of Al Gore dead WRONG, the ice cap has actually expanded for the second year in a row covering 1.7million square kilometers MORE than 2 years ago and it is also thicker! In fact, the ice has melted in some areas and is building up in others as if they are gradually starting to move. That is good news for perhaps it means we are entering a mini ice age caused by a volcanic winter rather than melting ice that comes back as an ice age.

Climate Summit of the Americas begins in Toronto

Climate Summit of the Americas begins in Toronto

Protesters blocked a downtown intersection with yarn amid a demonstration outside a major climate-change conference in downtown Toronto on Wednesday.

The demonstration shut down the intersection of Front and York Streets, outside the Fairmont Royal York, where the two-day Climate Summit of the Americas begins today. Around 50-100 demonstrators marched from Berzy Park to the hotel voice their concerns.

A major climate-change conference gets underway in Toronto today with hundreds of invitation-only delegates in attendance. 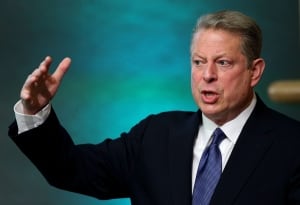 Al Gore, the former U.S. Vice President and climate activist, is among those set to speak at the Climate Summit of the Americas in Toronto. (Julien Behal/AP)

The two-day Climate Summit of the Americas hosted by Ontario aims to bolster the fight against global warming.

The emphasis is on the role provinces, states and other subnational governments can play in reducing greenhouse-gas emissions.

Ontario’s Environment Minister Glen Murray says the provinces have had to step up to the plate because Ottawa has been missing in action.

On Sunday, thousands marched through the streets of downtown Toronto to call for an economy that works for both the people and planet.

Environmentalist David Suzuki, actress Jane Fonda, author Naomi Klein and former diplomat Stephen Lewis were among the high-profile activists who joined the march, which was intentionally held before the summit.